In the co-main event, ONE Lightweight Kickboxing World Champion Regian Eersel will rematch Nieky Holzken for the title.

In the main event, ONE Welterweight World Champion Zebaztian Kadestam will defend his title against the hard-charging Kiamrian Abbasov. It will be Kadestam’s second title defense in 2019.

The next ONE Championship card is going to be a lot of fun. Two title fights, Lineker’s debut, and Ataides vs Bigdash. #DawnOfValor pic.twitter.com/XEA7RL9ZOI

Anytime a champion’s belt is on the line, there is pressure to prove to himself, his opponent and fans. However, there is a list of eight other competitors who also have something to prove in Jakarta. 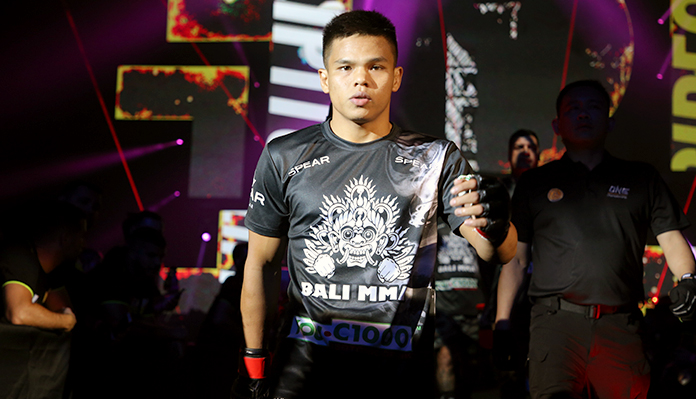 The young Indonesian grappler is by most accounts one of the more promising mixed martial arts prospects from his region. Elipitua Siregar began his professional career with a dominant three straight stoppage wins over Dodi Mardian, Phat Soda and Muhammad Imran.

Siregar suffered the first loss of his career in his last match against Liu Peng Shuai at ONE: Clash of Legends in February. Liu defeated Siregar by submission with a kimura in the third round. With more than eight months to bounce back mentally and physically, Siregar must show what he’s learned as he takes on Egi Rozten.

Siregar is expected to win this match. If he loses at home and finds himself on a two-match losing streak, it could do a number on his confidence. 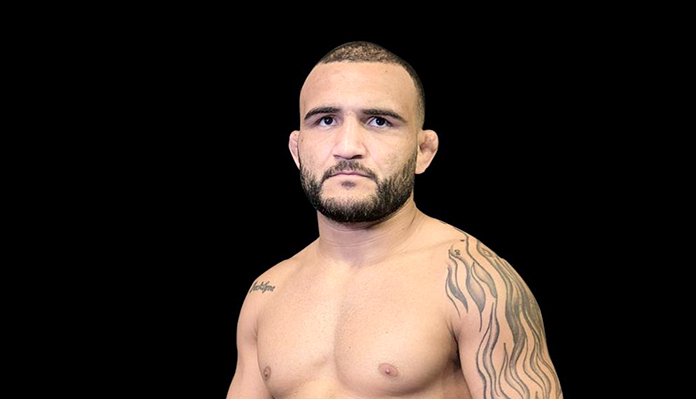 No situation in martial arts brings more pressure than a promotional debut for a celebrated new signing. That’s the situation Brazil’s John Lineker is in as he prepares for his first match with ONE. After a noteworthy career in the United States, Lineker brings his heavy hands, granite chin, and action-packed style to ONE. He won’t be getting an easy first assignment. Tajikistan’s Muin Gafurov is one of the most dynamic and talented athletes in the division.

Lineker wants to avoid suffering the same fate as Eddie Alvarez and Sage Northcutt. Both of those highly touted new signings lost their ONE debuts. Lineker will want to ensure success with his powerful punches. 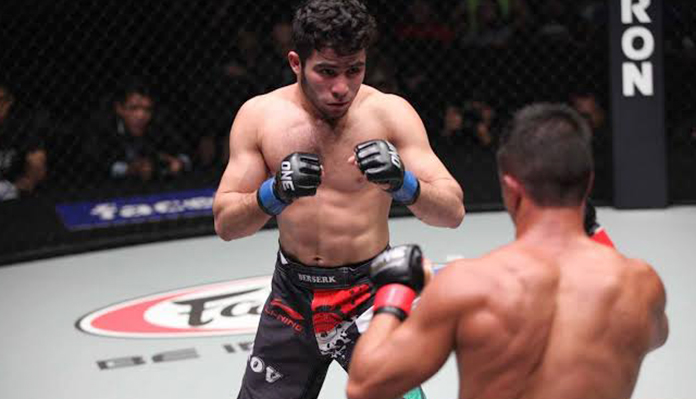 By the time Muin Gafurov climbs into the ring in Jakarta, it will have been a year since he last competed. The 23-year-old has legitimate title aspirations, and he is being thrown in with a wolf in his return match. Gafurov has won five straight matches including a victory in his last bout over Leandro Issa in October 2018 at ONE: Kingdom of Heroes.

If he can pull off the victory over Lineker, he might find himself close to challenging Bibiano Fernandes for the ONE Bantamweight World Title sooner than later. 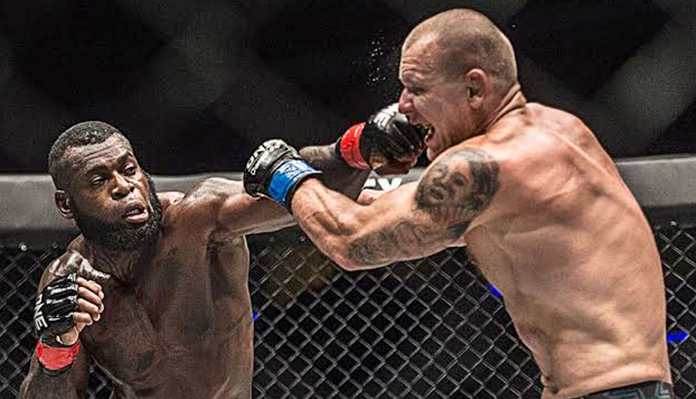 The layoff for Leandro Ataides has been even longer than the one for Gafurov. Ataides hasn’t competed since May 2018. In his last match, he scored a thrilling upset victory over former ONE Middleweight World Champion Vitaly Bigdash. Ataides knocked Bigdash out in the third round at ONE: Grit and Glory. Was this win a fluke?

That’s something Ataides will have to prove false in Jakarta. He’ll be dealing with a long layoff and some possible rust. Still, a victory could position him to be the next title challenger for Aung La N Sang‘s ONE Middleweight World Title. 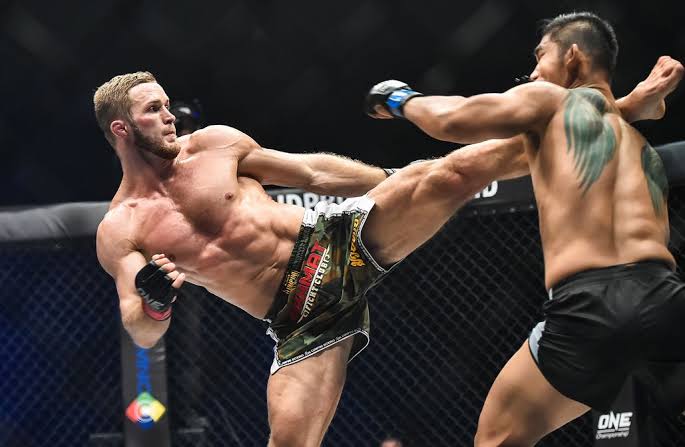 At one point, Vitaly Bigdash was a dominant champion. He is the last person to defeat Aung La. However, he lost a close decision and his title to Aung La and was then stopped by Ataides in the next bout. Bigdash seemed to have righted the ship with a first-round submission win over Yuki Niimura in December 2018 at ONE: Destiny of Champions.

To reposition himself for another title shot, he’s got to even the score with Ataides. Is the 35-year-old done competing against the elite athletes in the division, and does Ataides have his number? These are just two of the questions that will be answered. 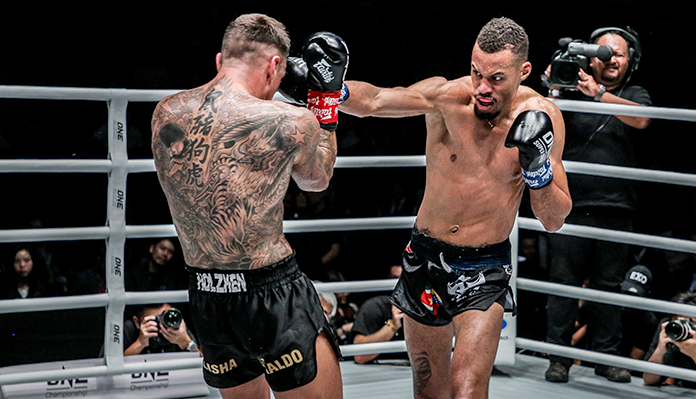 Most didn’t expect Eersel to defeat Nieky Holzken to become ONE’s first-ever ONE Lightweight Kickboxing World Champion. However, that’s precisely what he did with a sound performance. The match was close, but Eersel earned the victory using his length and jab.

He’ll be tasked with proving his win over the legend was legitimate. 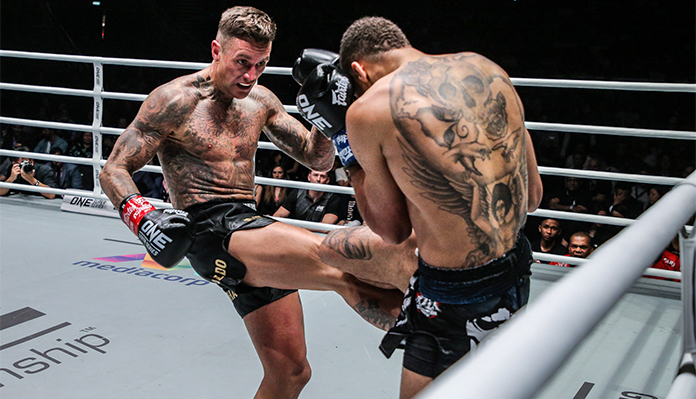 After being upset, the veteran Holzken is back on the proving grounds. Is he still among the top kickboxers in the world? He wasn’t blown out by Eersel, but he did drop the bout in the eyes of the judges. If he cannot defeat Eersel, Holzken will have crippled his chances of reaching the highest level with yet another promotion. 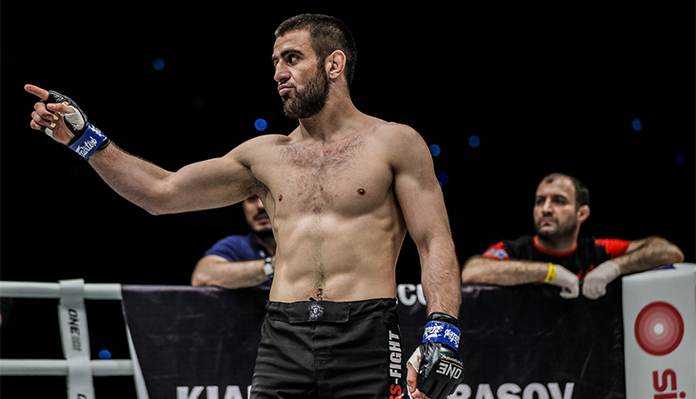 It seems as if Abbasov’s title shot was a long time coming, but it’s finally here. Defeating Kadestam is tough for anyone. Still, Abbasov has the added pressure of making good on an opportunity knowing that a loss could push him to the back of what’s becoming a crowded line.

Several welterweight contenders are emerging, and most of them could make a case for a shot at Kadestam. Abbasov has to make the most of this chance at ONE Championship gold.