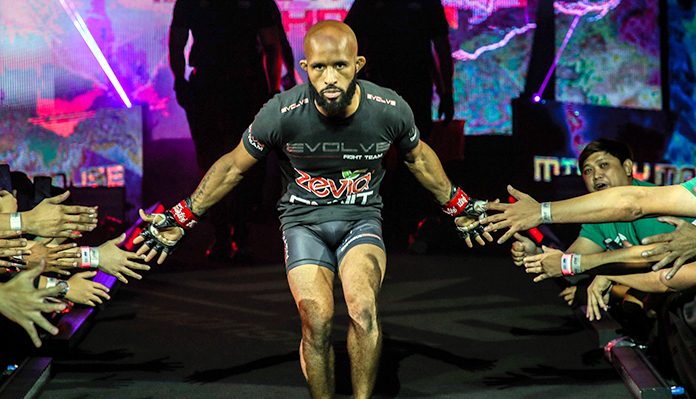 ONE Championship Chairman and CEO Chatri Sityodtong has unveiled a new series of events titled ONE Infinity Series.

According to a press release on the ONE Championship website, these special events will feature “the very best the world has to offer in terms of global sports and entertainment: three World Championship bouts, a minimum of 12 World Champions in action, Super Fights, A-list celebrities, and much more.”

The first ONE Infinity event, titled ONE Infinity 1, will go down on April 10 in Jakarta, Indonesia. The card will be headlined by a fight between ONE Championship flyweight titleholder Adriano Moraes and challenger Demetrious “Mighty Mouse” Johnson, a former 12-time UFC champ.

More information on ONE Infinity Series 1 will be announced in the coming weeks.

Here are the ONE Championship events currently scheduled for the remainder of 2020.

*Events are subject to change.

What do you think of this new announcement from ONE Championship?