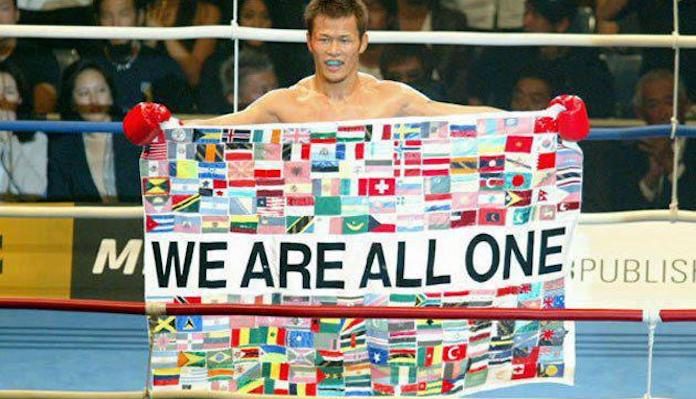 On March 31, Asian martial arts powerhouse ONE Championship will make its anticipated debut in Tokyo, Japan with the stacked ONE: A New Era card.

When Japanese fans tune in to watch this exciting ONE Championship card on local television, they’ll be greeted by a familiar voice — that of Japanese MMA legend Genki Sudo.

ONE Championship Chairman and CEO Chatri Sityodtong announced this exciting news on social media on Monday.

“I’m thrilled to announce that Japanese MMA legend Genki Sudo has joined the commentating team for ONE Championship in Japan,” Sityodtong wrote on his official Facebook page. “TV Tokyo, one of Japan’s largest broadcasters, begins airing ONE Championship every week, starting in January!”

ONE: A New Era will feature a whopping three ONE Championship title fights, as atomweight champ Angela Lee moves up to strawweight to battle champ Xiong Jing Nan in an effort to become a two-division champion, lightweight champion Eduard Folayang defends his title against Japanese legend Shinya Aoki, and light heavyweight and middleweight titleholder Aung La N Sang defends that latter title in a rematch with Japan’s Ken Hasegawa.

This card is also scheduled to include the ONE Championship debut of former UFC flyweight champ Demetrious Johnson, who will battle Yuya Wakamatsu in a quarterfinal ONE Flyweight World Grand Prix bout, as well as the ONE debut of former UFC and Bellator lightweight king Eddie Alvarez, who battles Timofey Nastyukhin in a quarterfinal ONE Lightweight World Grand Prix fight.

Genki Sudo will be cage-side calling all the action for ONE Championship’s growing Japanese fanbase.