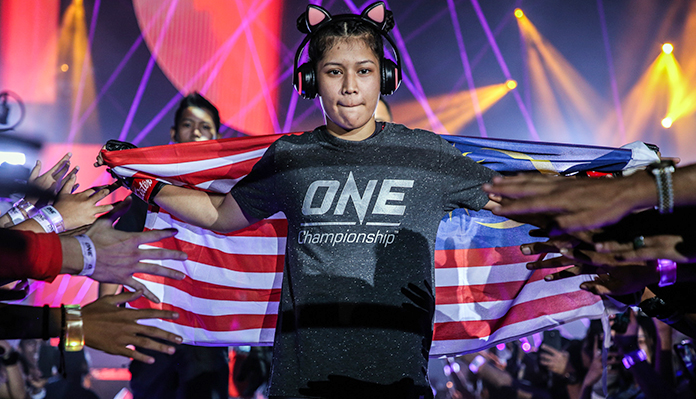 In her first two years on the ONE Championship roster, Malaysia’s Jihin Radzuan has turned in thrilling performances in all of her bouts. She owns a professional record of five wins with only one loss, including two wins by submission and one by knockout.

This Friday, 6 December, at the Axiata Arena in Kuala Lumpur, Radzuan returns to action at ONE: Mark of Greatness opposite the Philippines’ Denice “The Fairtex Menace” Zamboanga.

The two face off in a three-round women’s atomweight contest, and naturally, many fans will be looking to see if Radzuan can continue her winning ways and possibly make a run at the ONE World Title.

Radzuan certainly does not want to disappoint.

“Of course, I want to end it as fast as possible,” Radzuan said.

“But when you get a tough opponent, that might not happen. My prediction is that I will finish this by the second round – either through knockout or submission. One thing is for sure, I do not want to leave it to the judges’ scorecards.”

Her opponent, Zamboanga, is no walk in the park. The young 22-year-old Filipina is unbeaten so far in her professional career. She trains alongside ONE Atomweight Muay Thai and Kickboxing  World Champion Stamp Fairtex in Pattaya, Thailand, so she has access to world-class facilities and training partners. 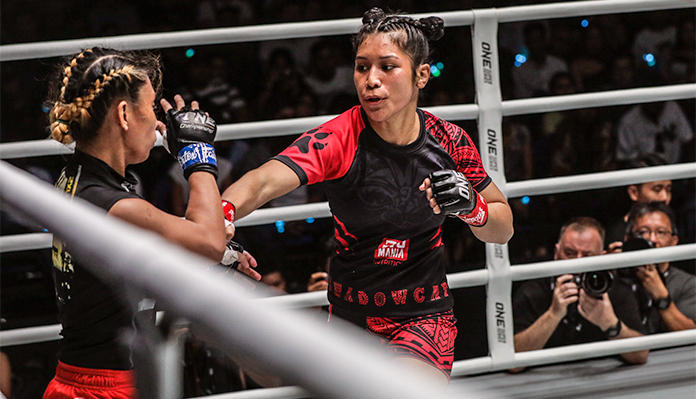 Just like Radzuan, Zamboanga enters this bout with confidence. This hasn’t seemed to faze the Malaysian “Shadow Cat” one bit, and Radzuan has her sights set on total victory.

“I read an article on her saying that she does not see any weaknesses in my striking, and she also thinks that my grappling game is quite impressive,” Radzuan said.

“The one thing which caught my eye is that she said her wrestling is better than mine. That leads me to believe that she would want to make it a ground bout.”

A victory for Radzuan here at home would be huge and would bring her one step closer to a possible shot at the atomweight belt in 2020.