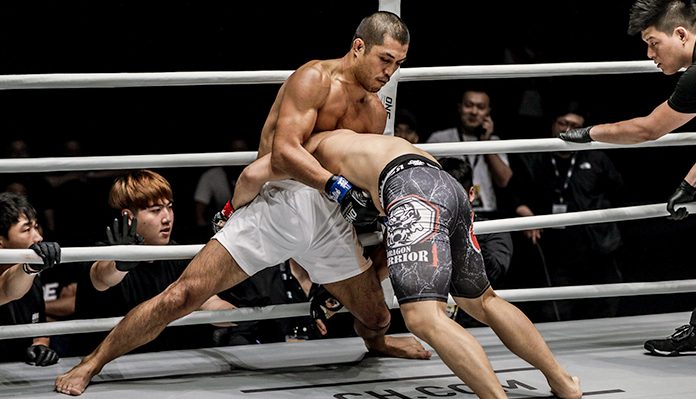 It was a tough night at the office for Filipino mixed martial arts veteran Eric Kelly at ONE: LEGENDARY QUEST. The former ONE World Title contender came up short against Sanda specialist, Niu Kang Kang last 15 June in Shanghai, China’s Baoshan Arena.

Kelly admitted that even before event night, a few things began to go awry. The 37-year old suffered an injury in training, getting a cut from an accidental headbutt.

“Losing against Niu Kang Kang in Shanghai was tough. I wasn’t at my best. Three days before we left for China, I had suffered an accidental injury which affected my performance. Not taking anything away from my opponent, but I wasn’t at my best,” Kelly revealed.

“We were doing some last minute sparring when an unintentional headbutt from my sparring partner.”

Eric Kelly added that a jab from Niu was enough to re-open the cut and that took him out of his game a bit.

“During the fight a jab aggravated the injury on my left eye, causing it to open, I lost confidence in standing and trading strikes,” said Kelly. 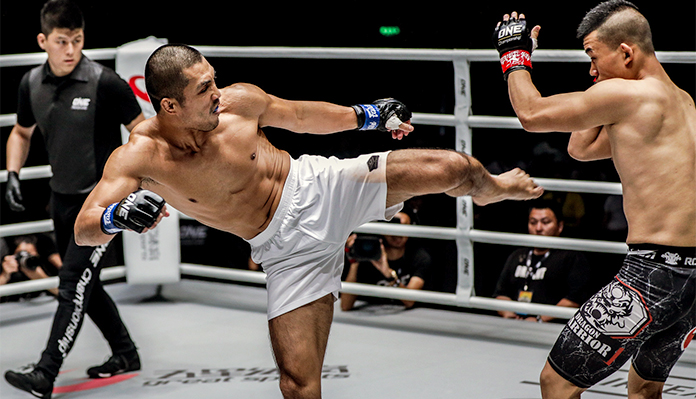 The Filipino veteran, hungry for a win, soldiered on and did his best to punch his way through the match in all possible situations. Unfortunately for Kelly, Niu’s grappling proved to be enough to earn a clear-cut decision win.

“I pushed myself to continue standing up with my opponent, and  I tried to land as many strikes as I could on the ground as well, but sadly, it wasn’t enough in the eyes of the judges. I respect their decision,” he said.

Though Eric Kelly showed great spirit in his last outing, a loss is still a loss in the record books, and this latest one marks his seventh straight since 2016.

The long losing skid has planted the thoughts of retirement in the Baguio City native.

“This is my seventh straight loss, and I’m very disappointed with myself as a mixed martial artist,” Kelly said.

“I’m not going to lie. I have considered retirement due to my poor performances. There’s a lot going on in my life right now, my personal life, which hinders me from focusing 100% on training. But I’m thankful for all the fans and all my friends who never lost their faith in me, and who offered help in every possible way.” 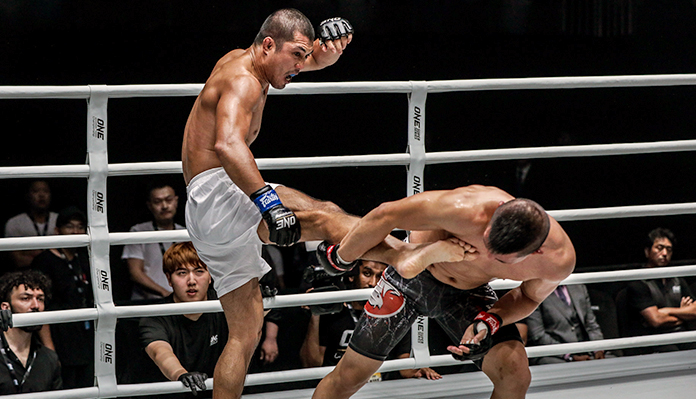 Though retirement has appeared to be imminent for Kelly for a while now, “The Natural” is not ready to walk away from the game, at least, not without one final win.

He is determined to return the love and support he has received from them for the past ten years by winning one more match before he draws the curtains in his career.

“I would like to thank everyone for their words of encouragement throughout my career. If they weren’t there to support me, I would have retired long ago,” Kelly expressed. “Retirement is knocking on the door. But I want to give my fans and supporters everything that I have. I want one last win before I truly leave the sport I love.”

Who do you want to see Eric Kelly in his next outing?