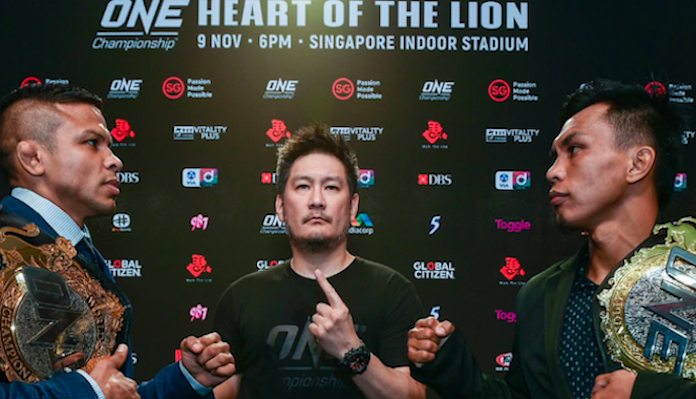 There has never been any doubt that the upcoming ONE: Century card, the 100th ONE Championship event, will be a big one. What does come as a surprise is that this landmark event, scheduled for October 13 in Tokyo, will actually be composed of two full-scale cards. ONE Chairman and CEO Chatri Sityodtong announced this exciting news on social media on Monday morning (h/t Asian Persuasion MMA).

BREAKING NEWS: To celebrate our historic 100th show, I am thrilled to announce that ONE: Century on Sunday October 13 in…

“BREAKING NEWS: To celebrate our historic 100th show, I am thrilled to announce that ONE: Century on Sunday October 13 in Tokyo will feature 2 full-scale world championship events (of 11 fights on each card) on the same day with world championship title fights, world grand prix championship title fights, and much more! In what will be the biggest martial arts extravaganza in history, our morning Tokyo show will air live on TNT on Saturday night in the US (as well as other select countries), and our evening Tokyo show will air live across 140+ countries. BOOM!!! Stay tuned for more details. I will be announcing the full fight cards shortly!” – Chatri Sityodtong.

As Sityodtong says, both of these cards will feature 11 fights, for 22 fights total. At present, only 9 fights have been confirmed for the event, which means the ONE boss probably has plenty more up his sleeve.

Here the bouts confirmed for this mammoth ONE Championship event so far (via Asian Persuasion MMA):

What do you think of this announcement from Chatri Sityodtong?