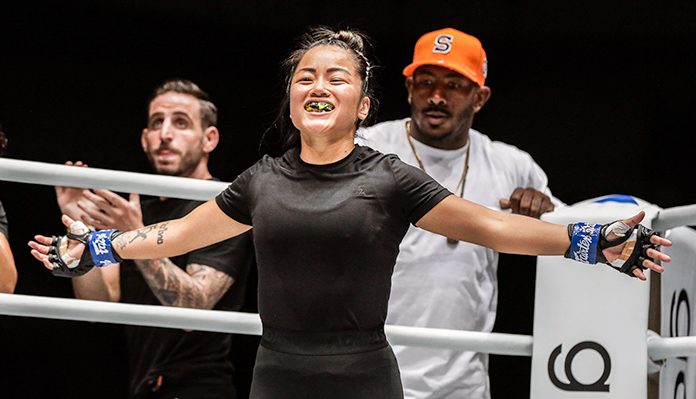 Each and every time Bi Nguyen steps inside the ring the goal is the same: deliver as much punishment as possible.

Nguyen will look to do just that — and honor her family — when she makes her ONE Super Series debut in Vietnam on Friday, 6 September at ONE: Immortal Triumph against Puja Tomar in a Muay Thai contest. The event takes place inside the Phu Tho Indoor Stadium in Ho Chi Minh City.

“Killer Bee” made her ONE debut earlier this year and has already competed twice in mixed martial arts matches. Nguyen earned a victory via first-round knockout over Dwi Ani Retno Wulan at ONE: Roots of Honor, but suffered a split decision defeat to Bozhena Antoniyar in July at ONE: Masters of Destiny.

For the Vietnamese-American athlete, this is a chance to pay respects to her father, who passed away after a battle with liver cancer.

“Being raised in America was so difficult,” Nguyen said.

“It felt like wires were just crossed and I didn’t understand why. That put a strain on my relationship with my dad. It took me so long to be close to him, to know his stories. This journey and visit to Vietnam gets me that much closer to my dad.”

Nguyen will never forget the day she found out he had passed, as she was also gifted with the opportunity to appear on the hit show Survivor. 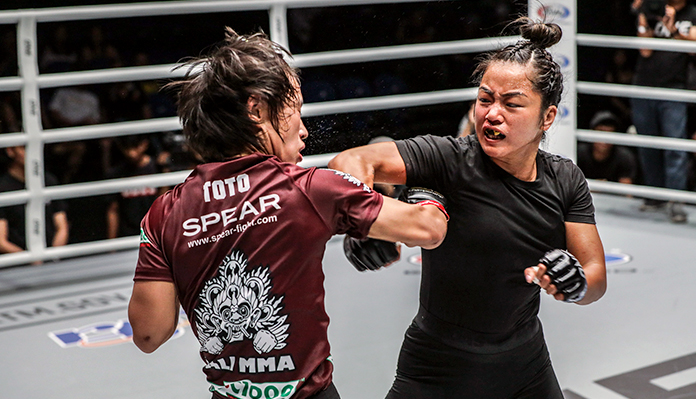 “I said yes because my dad was a dreamer and I am exactly like my dad,” said Nguyen, of making the emotional choice to do the reality show.

“Everything that’s happening to you is preparing you for who you are meant to become. When I am where I’m meant to be, I’m going to be prepared.”

For now, that means getting set to take on Tomar, who would like nothing more than to spoil the homecoming for Nguyen.

“This event is the beginning,” Nguyen said.

“It is so important for Vietnamese fans and is a validation for us Vietnamese martial artists to recognize us for the marks we’ve made in the sport. I am eternally grateful and honored. This is the beginning of something great.”

The 29-year-old Bi Nguyen spends her time training at home in the United States. Some camps she comes over to Tiger Muay Thai in Thailand. For this particular camp, she visited Saigon Sports Club in Ho Chi Minh City. She made her professional mixed martial arts debut back in 2016 after competing for two years as an amateur.

Nguyen knows that all of her success to date is a byproduct of her upbringing, even though it took her several years to realize it. 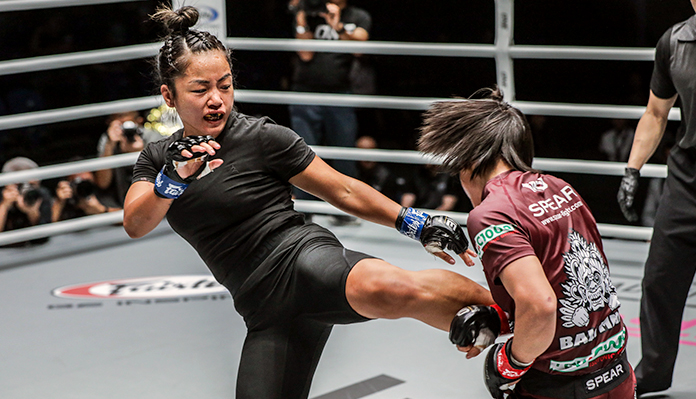 “My parents were from opposite sides of town and were not supposed to be together, but love prevailed,” she said.

“It was tough living in a big household, but it taught me to be resilient. When I was younger, I would go to school from 6 a.m. to 2 p.m. Then, at 9 p.m., we would all stack into this van and deliver newspapers all night until 2 a.m., then go back to the school and do it all over again.

“I was young and (my dad) easily could have left me behind, but he always brought me to see what hard work was. When I was a kid, I was jealous that my peers had easier lives, but I realized such valuable lessons and owed my parents for that. I wouldn’t trade it for the world.

“It means the world to me to represent Vietnam in the sport of mixed martial arts. When I was younger I was not in touch with my roots, but I grew up and can’t deny the blood that runs in me. I can’t deny this is partly why I’m good at martial arts and I have heart and grit when I fight.”

And while many in the arena will be cheering her on, Nguyen is most excited for the special fan up in the sky that she will have.

“To come home and fight on Vietnam soil is crazy and I don’t think I have processed it yet,” she said.