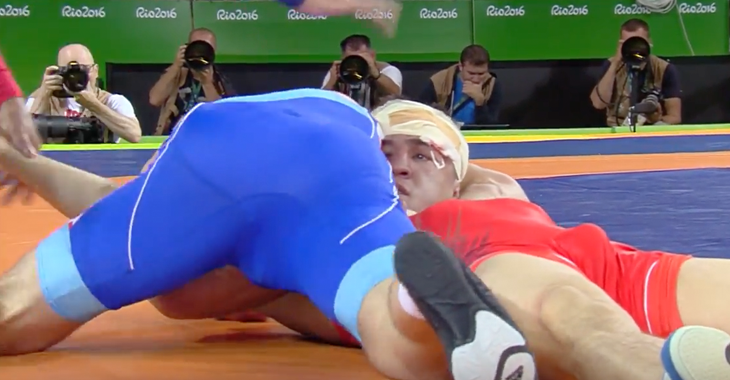 Submitting was not an option for Russia’s Roman Vlaslov when he found himself in a tight situation in the 75kg Greco-Roman competition Olympic semi-finals.

Vlaslov was put in a chokehold by Croatia’s Bozo Starcevic and went unconscious during their match (Watch the video here.)

Once Vlaslov regained consciousness, he went on to defeat Starcevic to make it to the final where he met and defeated Denmark’s Mark Madsen to win his second Olympic gold medal!