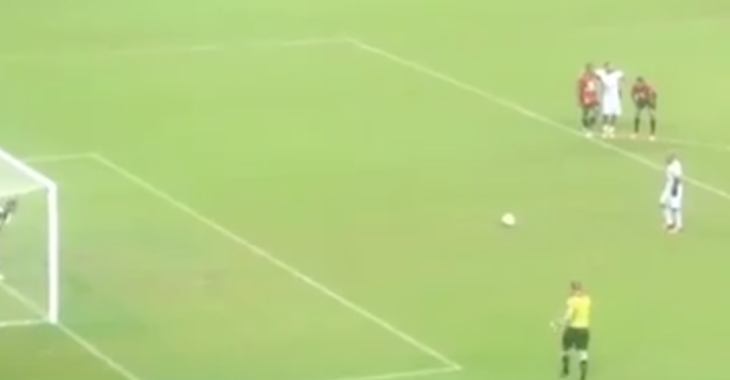 Brazilian football star Neymar Jr. has hired a UFC fighter as his personal bodyguard following his move from Barcelona to Paris Saint-Germain.

Neymar cost Paris Saint-Germain even more than his contract would indicate, as “PSG” also paid a $263 million transfer-fee just to secure the Brazilians services.

With that said, Neymar is one of the highest paid athletes on the planet and of course requires protection.

That is where UFC welterweight Nordine Taleb (13-4 MMA) comes into the picture.

The French Canadian mixed martial arts fighter has secured himself a lucrative side job protecting one of the most talented football players on the planet.

Nordine Taleb was last seen in action at May’s UFC Fight Night 109 event in Stockholm, where he earned a unanimous decision victory over Oliver Enkamp. The 36-year-old, Taleb, trains out of Tri-Star gym in Montreal and is currently waiting his next octagon assignment from UFC officials. Nordine has stated in previous interviews that he hopes to compete again before the end of the calendar year.

Taleb has gone 5-2 since joining the UFC ranks in April of 2014. The French Canadians biggest win came over Erick Silva at UFC 196, this after he flattened the Brazilian with a devastating one-punch knockout.

One can only assume that Nordine Taleb is making some pretty decent side cash while protecting one of the highest paid athletes on the planet.