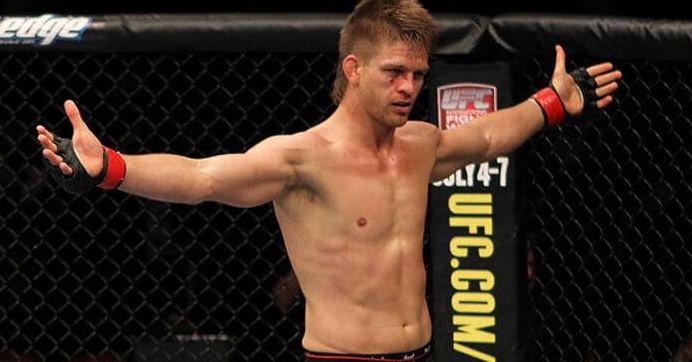 UFC 222 is right around the corner. For fighters like one half of the main event, Yana Kunitskaya it will be her very first UFC fight. For Mike Pyle, it will be his last.

Pyle has been fighting professionally since 1999 where he debuted against none other than Quinton “Rampage” Jackson. Pyle weighed in at 175-pounds to Rampage’s 205… Pyle was unable to come out victorious but would go the distance with the future UFC light heavyweight champion. This decision turned out to be just one of Pyle’s six overall in his entire forty-one fight career(although number forty-two is coming up next Saturday).

After his debut, he would take on another fighter who would turn out to be pretty damn good in the long-run. He would earn the first win of his career over Jon Fitch by rear naked choke in the very first round.

Pyle would go on to have a wildly entertaining fight career, always leaving it all out on the line no matter who the opponent be.

Now at age forty-two, Pyle has finally come to terms that his time is up in the sport as he told MMAFighting today:

“I’m looking forward to the fight this weekend and that will be my very last fight ever. I’m gonna retire. It’s been a long road and that’s it. I want to hang the gloves up and move on. I’m excited to make that move, I’m ready to retire. I’m 43 this year, it’s time. It’s not difficult at all, to be honest with you. It’s more like a relief. It’s time to move on.

The juice is no longer worth the squeeze. The paychecks just aren’t big enough for me to stay in harm’s way at my age. That’s it. I’m easily gonna walk away. It’s really not that hard, to be honest. It is my identity, that’s what I’ve been identified as, as a fighter for so many years. It’s gonna be a different change, but it’s nothing that hits the heart too much.

I’m going out to have some fun in my last fight. There’s no pressure on me. I don’t have to worry about cutting cut from UFC. I don’t really have to worry about anything. I get to go and be me, let everything out put it all on the table for one last time. One more time, we go. That’s just fine for me with Zak [Ottow].

Pyle will end his career against the 15-5(2-2 in UFC), Zak Ottow next Saturday at UFC 222. The bout caps off the Fight Pass portion of the card.