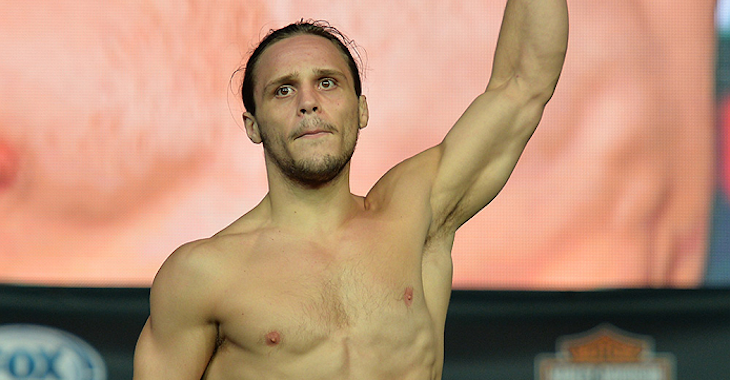 Back in October of 2016, UFC welterweight Michael Graves was pulled from a scheduled bout with Sergio Moraes and suspended by the UFC. His suspension stemmed from the news that he had been involved in a domestic dispute with his fiancee, during which he had allegedly punched and elbowed her in the face. At the time, the UFC suggested it was gathering more information on the case so it could take the appropriate course of action.

Now, some six months after he was first arrested by Atlanta Police on misdemeanour battery charges, Graves has been released by the UFC for this ugly incident. The UFC announced Graves’ release in a statement on UFC.com.

“In November 2016, welterweight Michael Graves was removed from his UFC bout following his arrest. As a potential violation of the UFC Fighter Conduct Policy, the UFC organization temporarily barred Graves from competition pending the completion of a third-party investigation. Based on the findings of this thorough review and investigation, UFC has advised Graves that he has been released from his contract effective immediately.

“UFC requires all athletes to act in an ethical and responsible manner, as mandated by the UFC Fighter Conduct Policy. UFC holds its athletes to the highest standard and will continue to take appropriate action if and when warranted.”

Graves, who entered the mainstream consciousness as a competitor on season 21 of The Ultimate Fighter, went 2-0-1 in the UFC’s Octagon, defeating Vincent Luque by decision in his debut, submitting Randy Brown in his sophomore effort, and battling Bojan Velickovic to a draw in his third and most recent fight, which occurred back in July of 2016. The American Top Team staple exits the organization with a 6-0-1 overall record. With this deplorable incident now attached to his name, he may have some difficulty finding a new home in another promotion.