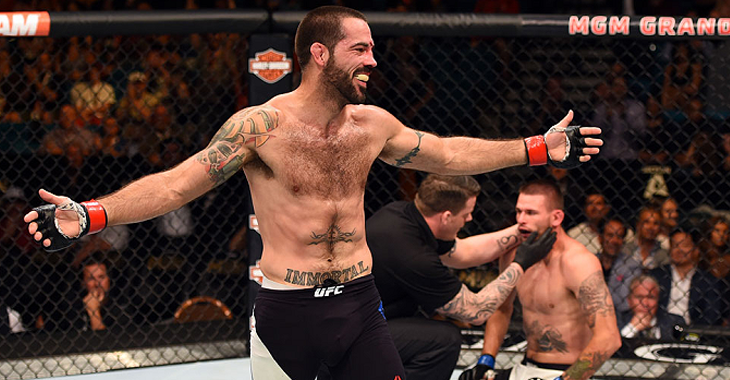 Rodrigo Botti, a former trainer of UFC welterweight Matt Brown allegedly attacked Brown at his hotel in Brazil on Sunday after his UFC 198 fight with Demian Maia.

Video was released of the incident following Botti’s alleged attack on Brown. The video shows a man who has been identified as Vinicius “Pequeno” Lemos punishing Botti for his attack on Brown.

MMA Fighting reports that a spokesman for the Curitiba Police Department confirmed that Botti made the decision to press charges on Lemos. The report states that Brown did not press any charges on Botti.

The UFC has since released a statement on the alleged attack on Brown while Brown’s wife took to twitter to state that this was not the first time her husband and Botti have gotten into it.

Not a random fan who attacked Matt. It was Rodrigo Botti who is an absolute psycho.

In Feb 2015 Matt wore wrestling shoes on mats and Botti got pissed..shoved Matt so Matt fought back. Botti called cops like a wimp.

Premeditated much?! True psycho!! Stay far away from this guy. pic.twitter.com/46zXLVTDdz

Big take away from today: Botti punched & RAN. Let's all remember Botti 4 being the biggest coward in all of MMA! He solidified his name.