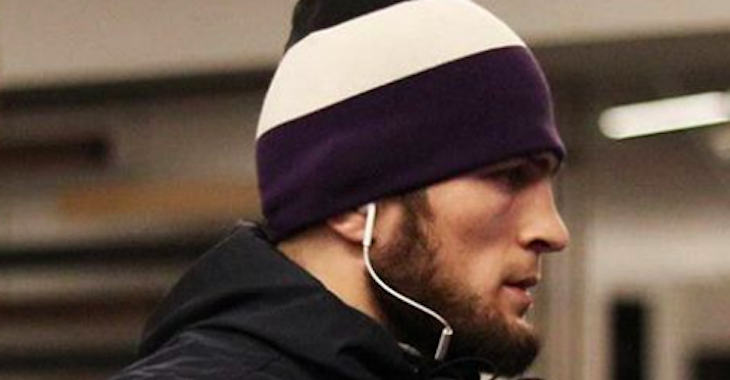 On April 7, in the main event of UFC 223, UFC interim lightweight champion Tony Ferguson and undefeated contender Khabib Nurmagomedov will battle for gold. Of course, there’s been some question as to whether they’ll be fighting for Ferguson’s interim belt, or the undisputed lightweight title, which would first have to be vacated by Conor McGregor…

In a recent interview with TMZ, Nurmagomedov’s manager Ali Abdelaziz assured that this UFC 223 lightweight title fight will indeed be for the undisputed strap.

Perhaps even more interestingly, Abdelaziz suggested that, after fighting Ferguson, Nurmagomedov might seek out a bout with McGregor, and then hang up the gloves.

Abdelaziz also touched on Nurmagomedov’s recent assertion that, if he becomes the undisputed lightweight champ, he might not give McGregor an immediate title shot.

“On April 7, El Cucuy’s gonna get an ass-whooping and maybe Conor, maybe we’ll give him a crack. You see all his b**ch-ass coaches saying ‘Oh, Conor will knock out Khabib in the first round.’ Motherf**ker, you should have fought Khabib when you were supposed to fight him, when you said you wanted to fight him in Russia!”

What do you think the future holds for Khabib Nurmagomedov?