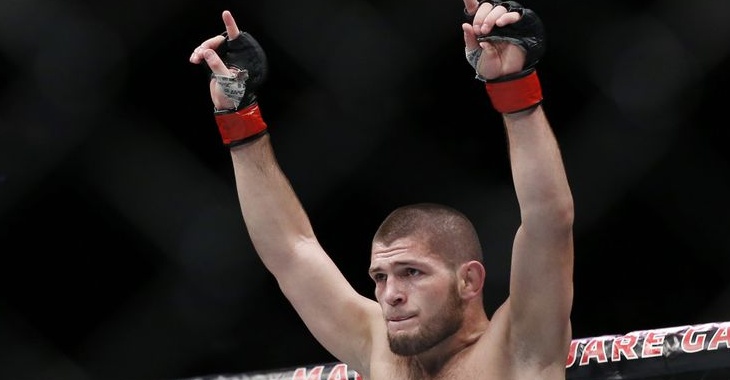 Just over an hour ago news broke that current UFC interim lightweight champion Tony Ferguson had suffered an injury and was no longer able to compete against Khabib Nurmagomedov in next weekend’s UFC 223 main event.

Shortly following today’s shocking news, “The Eagle” took to social media where he sent messages to both Tony Ferguson and Conor McGregor.

“Tony heal up man. Just want to advise you, don’t talk too much anymore. Lot of thoughts in my head right now, but I don’t want to become like you. Hope, this lesson will teach you watch your mouth.” – Khabib Nurmagomedov

Where are you now? @TheNotoriousMMA

“Where are you now @TheNotoriousMMA” – Khabib Nurmagomedov

Who do you think will win next weekend’s newly announced lightweight super-fight between Max Holloway and the undefeated Khabib Nurmagomedov? Sound off PENN Nation!