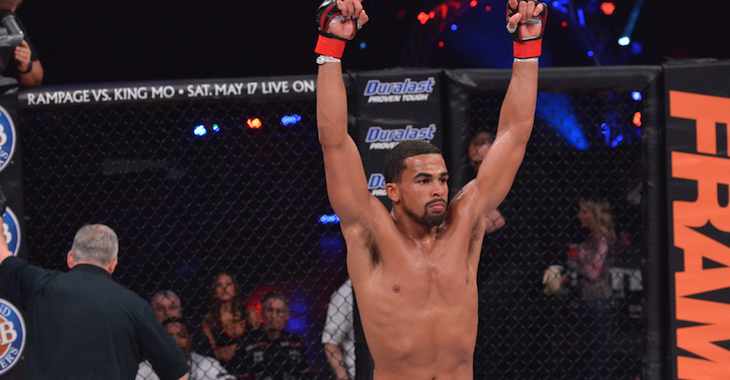 The Boston Globe broke the story, which revealed that Dr. Bennet Omalu, the doctor who discovered the disease in football players, was the man to diagnose Parsons posthumously with CTE. The same week, Omalu diagnosed two deceased WWE wrestlers with CTE as well.

He released a statement on his findings through the Boston Globe:

“These findings confirm that the danger of exposure to CTE is not limited to just football, hockey, and wrestling,” Omalu said, per Hohler. “Mixed martial arts is also a dangerous sport, and it’s time for everyone to embrace the truth.”

Parsons was walking through a cross walk late at night when a car that has been estimated at driving over 110mph struck him. Parsons was taken to the hospital where he remained in critical condition. Doctors went on to amputate one of the young star’s legs shortly after admitting him to the hospital. While the MMA community continued to pour out their support for Parsons, Doctors were forced to perform heart surgery due to the fact that Parsons heart was operating at just 1/5 of its capacity. Following the surgery, Parsons passed away. Fortunately, police were able to locate the man who was driving the car that struck parson, Dennis Wright, who it was revealed had his license suspended numerous times in the past, and had been at a bar earlier in the night. After the crash, he attempted to have the damage to his car repaired in order to cover up the accident. When he was unable to find someone who could, he then proceeded to stash the car in a storage pod. Shortly after, he was arrested and charged on multiple counts, including leaving the scene of a crash causing death.

This week, Wright posted bail, and was released on house arrest, although his attorneys are currently in the process of granting him several exceptions that would see him allowed to leave his house in order to travel to run errands.