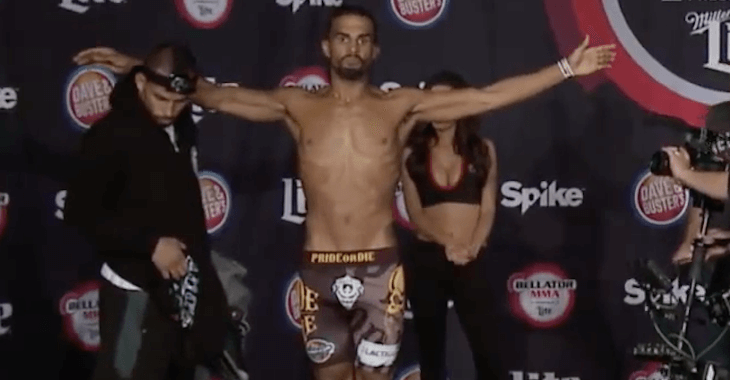 Earlier this month tragic news surfaced that Bellator MMA fighter Jordan Parsons had been struck by a vehicle and was forced to have part of his leg amputated.

An update was released that Parson’s had to undergo heart surgery, as the condition turned from bad to worse. Ultimately, Parsons passed away as a result of the hit and run incident.

According to MMAFighting, Saturday afternoon it was revealed that the police in Florida had arrested 28 year old Dennis Wright.

Wright, who was driving between 100 and 120 mph with a suspended license at the time he hit Parsons, fled the scene and then attempted to get the damage to his car fixed. When he was unable to get the car fixed, he stashed the car in a storage pod.

Wright has had his license suspended 6 times in the past, with past charges including arrests for DUI, possession of marijuana, and assault on a police officer or firefighter.

There’s been no word on whether or not Wright was drunk at the time he hit Parsons, however he was reportedly at a bar the night of the accident.

Wright is facing multiple charges, including leaving the scene of a crash causing death.