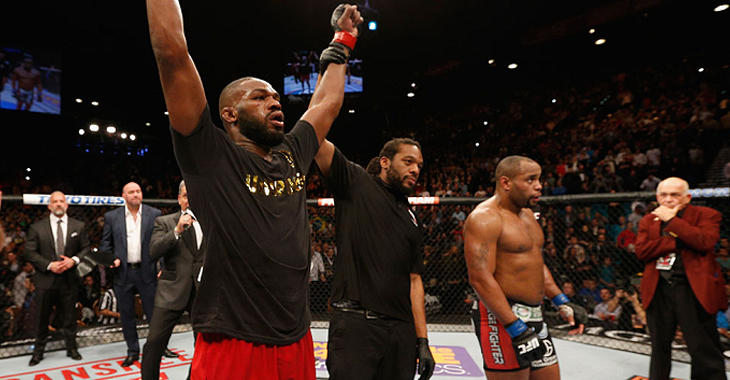 The “Bones” vs. “OSP” bout, which headlines tomorrow’s UFC 197 event in Las Vegas, was put together on short-notice after current UFC light heavyweight champion Daniel Cormier was forced to pull out of the Jones rematch due to an injury.

Jon Jones, who was born and raised in New York, recently spoke with FOX Sports where he stated that he is hoping for a quick turnaround after his fight with “OSP”. Jones is hoping to headline July’s blockbuster UFC 200 event in Las Vegas, even if it means missing out on fighting in Madison Square Garden this November. His words:

“I think headlining UFC 200. It would be bigger,” Jones said. “I mean that’s a huge card. I think the numbers are going to be tremendous. As far as pay-per-view, I think 200 would be the bigger opportunity. That’s why I’m trying to get on it.”

Jon Jones offered his services to the UFC after current featherweight champion Conor McGregor was pulled off the card for his refusal to attend press conferences.

Are you at all surprised with the statement made by Jones regarding his desire to fight at UFC 200? Sound off PENN Nation!