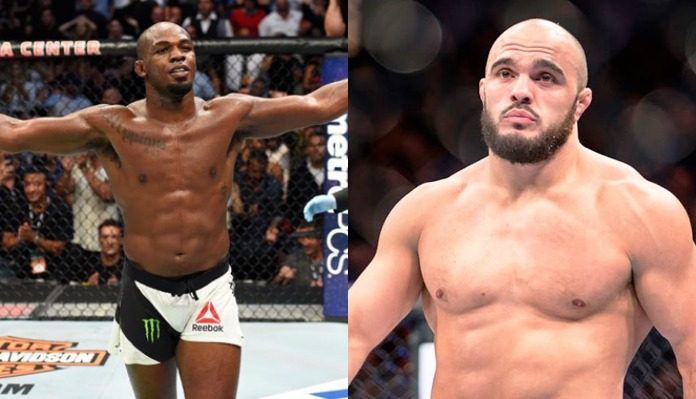 Excitement surrounding the potential return of former UFC light heavyweight champion Jon Jones is starting to mount. The MMA legend continues to hint at a comeback, and some members of the MMA community believe his next bout is already in the works.

Whatever the case, Swedish light heavyweight contender Ilir Latifi is hoping to be the man to welcoming Jon Jones back to the cage. The hulking contender called for a fight with Jones on Twitter — while simultaneously questioning the legitimacy of Daniel Cormier’s reign as light heavyweight champ.

@JonnyBones – Undisputed champ -When you are ready, I’m ready to welcome you back to the octagon. @ufc @danawhite

“Jon Jones, undisputed champ,” Latifi said in his Tweet. “When you are ready, I’m ready to welcome you back to the Octagon.”

Jones promptly responded to this Tweet, assuring that if Latifi keeps winning, they could well meet in the cage.

Just keep winning my friend, that’s usually the best way to get to me👍🏾 https://t.co/vMWgXSVcky

“Just keep winning my friend, that’s usually the best way to get to me,” Jones said in his reply.

Jon Jones has not fought since July of 2017, when he knocked out Daniel Cormier to reclaim the UFC light heavyweight title. Regrettably, Jones then failed a pre-fight drug test, which meant that his win was ruled a no contest and the title was returned to Cormier, who has held it ever since. Jones is currently awaiting sentencing from the United States Anti-Doping Agency, but the widespread expectation is that he will be eligible to compete again soon.

Ilir Latifi is currently on a two-fight win-streak, having recently defeated Tyson Pedro by decision and Ovince Saint Preux by submission. His last loss occurred in September of 2016, when he was knocked out by current Bellator champion Ryan Bader.

Who do you want to see Jon Jones fight in his return to the cage?