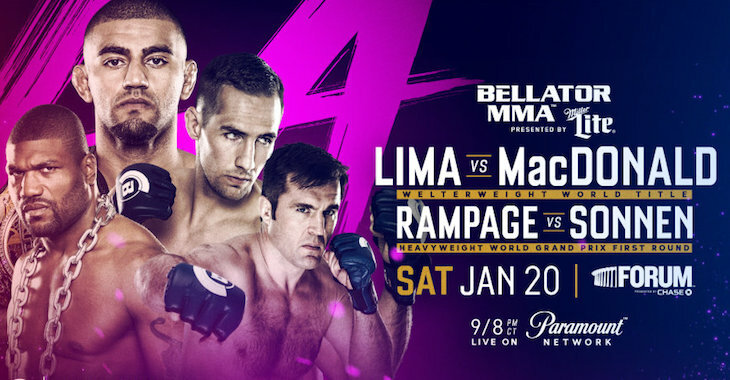 Mere days after Bellator MMA announced it had added veteran referee “Big” John McCarthy to its broadcast team, the promotion has announced the signing of another big name in sports broadcasting: Jay Glazer.

Per a Tuesday press release, Glazer will host the broadcast desk starting with Bellator 192, which airs on the new Paramount Network (formerly Spike) this Saturday, Jan. 20 at 9:00 p.m. ET. The veteran sports personalty will also appear in original content produced by the promotion’s digital team.

“I’m excited to welcome Jay Glazer to the Bellator family,” Company President Scott Coker said in a press release. “Jay’s knowledge and experience in sports television speaks for itself and he will be a great addition to our incredible broadcast team. As Bellator moves to Paramount Network, I look forward to having him involved with some of the biggest fights of the year.”

“I have always had a tremendous passion for MMA, where the relationships you develop are unlike any other sport,” Glazer said of his new role. “And I am very fortunate to be able to continue these relationships with an incredible organization like Bellator. I’ve been friends with Scott for many years, and am ecstatic that he brought me into the Bellator family.”

In addition to his various roles in broadcasting, which have spanned multiple sports, Glazer owns the Unbreakable Performance Center in Hollywood, California. In recent years, the gym has become the home to many stars, including singer Demi Lovato, rapper Wiz Khalifa, actor Chris Pratt, and MMA legends Chuck Liddell and Randy Couture.

How do you think Jay Glazer will do in this new role?