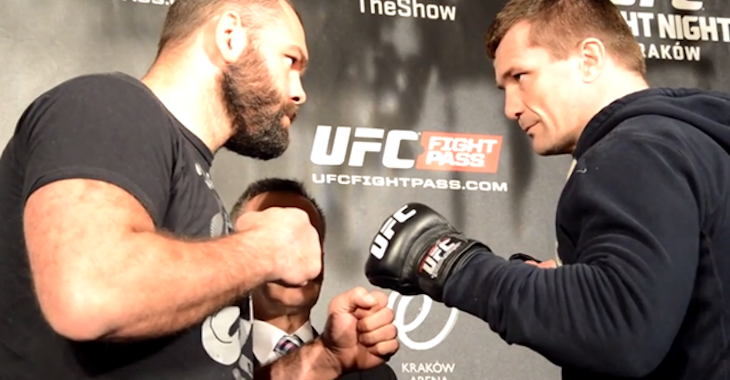 MMA fighters testing their hands in the ring is not a new phenomenon, of course, but the trend seems to have been thrust into overdrive in the wake of McGregor and Mayweather’s blockbuster battle. MMA fighters like Cris Cyborg, Jose Aldo and Stipe Miocic seem to be deeply infatuated with the idea of boxing, while fighters like UFC veteran Nam Phan have actually made the jump into boxing.

The latest MMA fighter to make the move to professional boxing is former UFC heavyweight title challenger Gabriel Gonzaga. According to a release (via Sherdog.com), Gonzaga will make his first steps into the pro boxing ring on the “New England’s Future 4” card, on Oct. 26 inside the DCU Center in Worcester, Mass. The event will be promoted by Rivera Promotions Entertainment (RPE), which is owned by former two-division champ Jose Antonio Rivera and his son Anthonee Rivera.

“RPE is excited to have an athlete of Gonzaga’s caliber making his pro debut on our NEF4 boxing event,” the elder Rivera said in the release. “We are happy that boxers and MMA athletes trust us in terms of what we are trying to do to help them build their careers.”

How do you think Gabriel Gonzaga will do in the boxing ring?