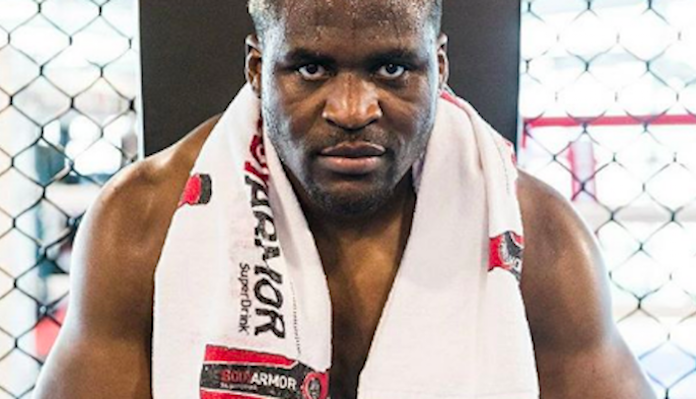 It’s almost the same outcome every time—the arena lights dim, Francis Ngannou emerges from the curtains, steps into the cage, some poor soul gets knocked unconscious and the audience erupts in excitement. However, that was far from the case at UFC 226, when the chiseled heavyweight phenom dropped a second consecutive loss.

The typical jovial response following an Ngannou fight was replaced with a chorus of boos ringing throughout the T-Mobile Arena.

Paradise seemed more like hell as the 31-year-old star was defeated by fellow contender Derrick Lewis in one of the most uneventful heavyweight fights in UFC history. A total of 31 strikes was all that landed for both men in 15 minutes of mostly inaction.

It was shocking and downright disappointing witnessing one of the most exciting up-and-coming heavyweight knockout artists treated as the albatross of an entire fight card. UFC President Dana White blamed the lackluster performance on an inflated ego.

Ngannou, on the other hand, openly admitted his fear of losing, stemming from his loss to former UFC heavyweight champion Stipe Miocic, was the primary culprit behind his overly cautious performance.

“I am not proud of my last performance,” Ngannou recently posted on Instagram. “I have carried my fear from the last fight to this one. I completely understand the frustration & anger that it has caused to my fans, coaches, teammates, family and friends and I am truly sorry for that. I won’t let everyone down again. All I can do now is prove myself and make you proud again.”

Perhaps Ngannou wasn’t ready to be instant fodder for the UFC hype machine, but a couple losses to a former UFC champion and a top contender isn’t nearly enough to close the book on him. There is still plenty of untapped potential nesting in that superhuman physique.

The real question is what it takes to unlock it.

It’s easy to forget Ngannou has less than five years of professional MMA experience. He’s essentially learning on the fly and putting things together against more seasoned opposition. It’s no secret he’s still playing catch-up in an effort to improve his grappling and Octagon pacing.

One positive takeaway from UFC 226 is the fact that he avoided the blame game and took the onus on himself for the disastrous bout. Not to mention his willingness to be open about his fears following the most disappointing loss of his professional career.

Being a fighter doesn’t make someone impervious to the psychological effects of perceived failure. Georges St-Pierre, who is arguably the greatest fighter in MMA history, sought out the help of a sports psychologist after losing his UFC welterweight title to Matt Serra over 11 years ago. He went on to avenge his loss to Serra, recapture his title and go on the greatest welterweight run in UFC history.

It’s not out of the question for Ngannou to go back to the drawing board, reel off a few spectacular knockouts and find himself back in the title picture. Those Nyquil-laced fists will be a problem for anyone willing to step into the cage with him.

Mike Tyson comparisons are thrown around generously to every fighter after a few knockouts, but Ngannou is that once in a generation kind of talent that can legitimately hold up to that physical comparison. That same heavyweight destroyer that lifted Alistair Overeem off his feet with an uppercut and put Andrei Arlovski’s lights out in under two minutes is a work in progress.

The finished product could still end up being everything the UFC and fans hoped Ngannou would be—a feared knockout daemon capable of taking the heavyweight division to nosebleed heights.