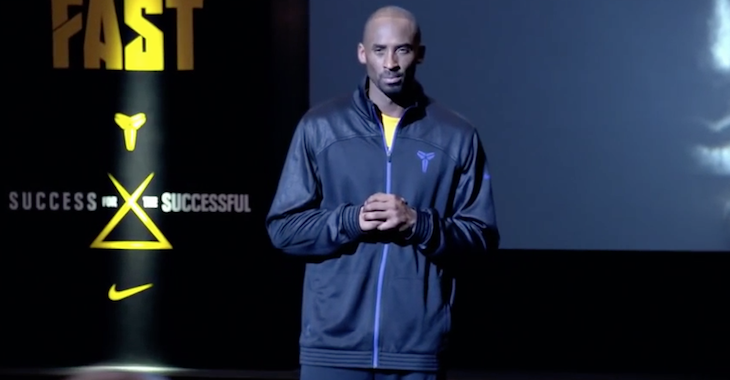 This weekend, UFC fighters congregated for the 2017 UFC Athlete Retreat. During the course of the event, various guest speakers made appearances to talk to the fighters about various topics.

One speaker was none other than NBA legend Kobe Bryant, who fielded questions from fighters as part of his speaking time. While no phones were allowed at the time of Bryant’s speech, UFC veteran Leslie Smith took to Twitter to recall an interesting interaction she had with Bryant after she asked the NBA legend what he thought of a Fighter’s Union.

. @leslieSmith_GF great question to Kobe Bryant
What is your opinion on Union in sports?

Smith was part of the original Mixed Martial Arts Fighters Association along with the likes of Randy Couture, Cung Le, and Nate Quarry to name just a few fighters involved. The MMAFA of course is not to be confused with the MMAAA, The Mixed Martial Artists Athletes Association, which includes UFC fighters TJ Dillashaw, Cain Velasquez, Georges St-Pierre, Donald Cerrone, Tim Kennedy, and Bjorn Rebney. That group has received a bit of criticism from Couture regarding the fact that they are predominantly focused on the treatment of UFC fighters. With that being said of course, both groups have the same goal, to unionize fighters in order to better the treatment of MMA fighters across various promotions, something Couture has worked to do from the time he was fighting in the UFC.

It will be interesting to see how the fighters respond to Kobe Bryant’s support of a union.