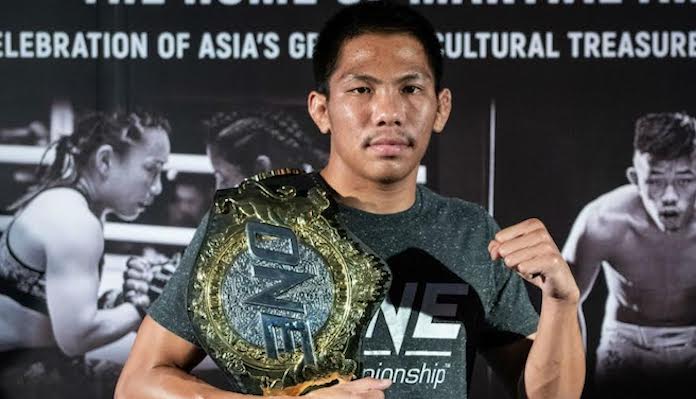 Petchdam Petchyindee Academy knows his shot at Rodtang Jitmuangnon and the ONE Flyweight Muay Thai World Championship at ONE: No Surrender is a golden opportunity.

The always exciting Thai, who will look to settle the score with his former foe on July 31 in Bangkok, Thailand, is grateful that he can get back to work following of inactivity due to COVID-19.

“I am so glad that I can compete in ONE Championship again,” Petchdam told BJPENN.Com. “I hope my fans have fun and are excited for our fight.”

Petchdam is not walking into an unknown; he is well-acquainted with the World Champion who will be standing across the canvas from him.

“I’ve competed against Rodtang two times earlier in Thailand, so Rodtang is kind of like my older brother. We know each other very well,” Petchdam said. “I’ve prepared really well for this fight because I know how he is – he knows how I am. It’s going to be fun.”

The pair first met in 2017 and then again in 2018, splitting wins inside Bangkok’s famed Rajadamnern Stadium. The Petchyindee Academy star took the first meeting, while Rodtang rebounded with a decision victory the second time around.

In the two years since their bouts, the pair have taken ONE Super Series by storm and showcased their striking acumen on the international stage. Now, they will settle the trilogy in ONE’s first event back from a brief, pandemic-induced hiatus.

Fans will have to wait until the night of to see the always-charismatic Petchdam in his latest hairdo and garb, but when it comes to game plans, “The Baby Shark” is forthcoming.

“I will fight with him in my style on the 31st,” Petchdam said. “I do not want to change because it’s all in me.”

Rodtang has improved tremendously en route to the ONE Flyweight Muay Thai World Title, however, and Petchdam knows the new challenge that awaits him.

“Rodtang is more tough than the last time that we competed against each other. So, I need to prepare very well for this fight. I aim to take the belt from him,” he said.

It’s a lofty goal, but Petchdam’s confidence could be the tipping point in the match-up and will make for an intriguing bout come 31 July.

“I’m so ready for this fight, and I’m training very hard. I am completely 100% prepared for the fight,” Petchdam concluded.