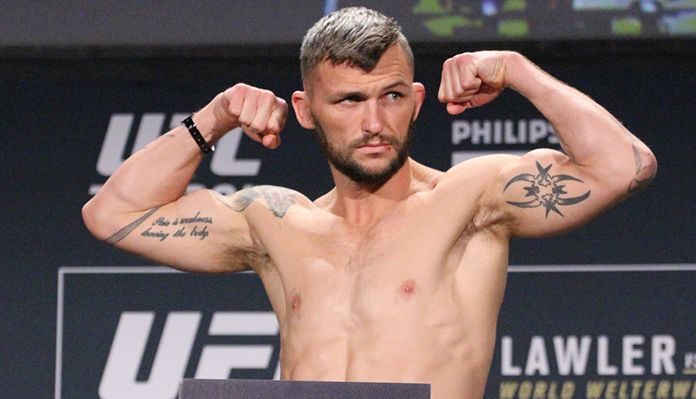 When UFC veteran Damien Brown steps into the RIZIN ring with Daron Cruickshank at RIZIN 14 in Tokyo, Japan, on New Years Eve, he’ll be crossing an item off his bucket list.

The Australian lightweight has long been interested in fighting for RIZIN in Japan, and on this card that also features massive names like Floyd Mayweather Jr., Tenshin Nasukawa, Kyoji Horiguchi, and Darrion Caldwell, the timing couldn’t be better.

“It is incredible,” Brown said to BJPenn.com of this card. “I don’t necessarily fight for the people that are watching. For me, the big thing was fighting for RIZIN and fighting in Japan. A lot of fighters at some point in their careers want to fight in Japan. It is sort of a bucket list thing. I was already excited to be fighting over there. Then, I saw the Mayweather thing and I was like ‘oh man there is gonna be so many eyes that would have never watched the show that will watch the show. Hopefully, they tune in at a point when my fight is on so I get a bit more exposure.’ The guys that are on the card will now have eyes on them that would have never had eyes on them before. It is super exciting, RIZIN seems to be really bringing it with great cards.”

It is indeed a great card for Brown to make his RIZIN debut on, and he’s hoping to kickstart his multi-fight deal with the promotion with a big win.

Given that Cruickshank also used to fight in the UFC, Brown knows he could be in for a difficult fight. Yet he is confident that he can put on a show for the Japanese fans in attendance and the fans watching on screens around the world.

“I am expecting him to hit and move. I’m expecting him to really point spar me until he finds an opportunity to knock me out,” Brown said. “That is what he does with most people. He uses his boxing to keep the range and land as many kicks as he can until he catches you. Hopefully, my game plan works and we exchange in the pocket until somebody goes to sleep. That is always a fun night. I expect the fight to end by finish, there is no way this fight goes the distance unless both of us can take each others punishment.”

The preparation for this fight is well underway and Brown is excited to make his dreams come true by fighting in Japan.

“My point of view, the fans is such a martial arts culture,” Brown said. “Japanese are proper gladiators. It is in their blood, in their history. Fighters get far more appreciation there than anywhere else. It is so engraved in their culture it is just a different level of appreciation. Of course, they have the Saitama Arena which is a famous arena for combat sports. Everyone just wants to experience it at least once in their lives.”

How do you think Damien Brown will perform in the Rizin ring on New Years Eve?