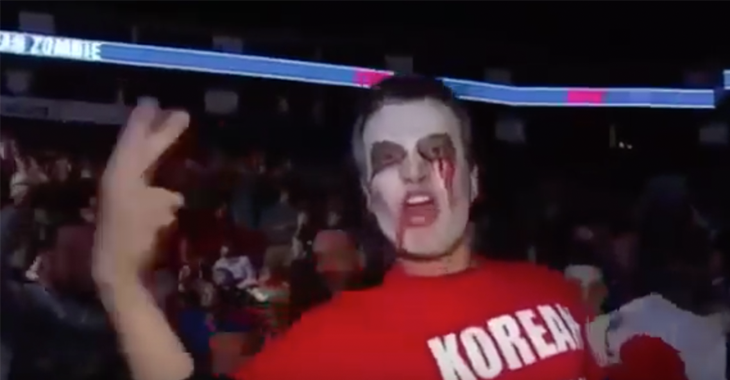 Even after three-and-a-half years, “The Korean Zombie” Chan Sung Jung didn’t skip a beat in his return to competition in the UFC.

Jung stepped into the Octagon to take on then-#9 UFC ranked featherweight Dennis Bermudez after taking time off to fulfill his mandatory service in the military for South Korea. Jung took the opportunity that was broadcasted on FOX Sports 1 to showcase his skillset that has garnered him a cult-like following. BJPenn.com’s Chris Taylor was able to catch up with Jung in a recent episode of Rapid Fire after his winning return at UFC Fight Night 104.

Taylor: “The UFC Fight Night event drew the highest ratings in over a year. How did you react to that news?”

Jung: “I was really surprised by the reaction! Here in Korea, the fight was all over the mainstream media so suddenly, people are recognizing me on the streets much more than they used to. I’m glad that I was able to generate that much interest in the US as well, especially after such a long layoff. To see the pictures of American dressed up like me, with Zombie make up on in the crowd, it’s a thrill and an honor. I’d like to see that become a trend. Maybe we can have an arena full of zombies for my next fight.”

Were you one of the zombies in attendance in Houston at UFC Fight Night 104? Or you were just at home in your zombie style glued to the tv? Either way, share some of your zombie costume photos with us in the comment section and let us know who you would like to see “The Korean Zombie” take on next in the UFC!