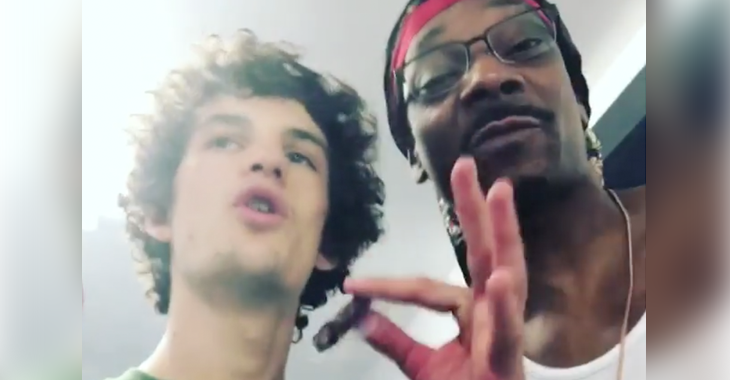 Sean O’Malley became an instant hint when he knocked out Alfred Khashakyan on Dana White’s Tuesday Night Contender Series. When he smoked up with Snoop Dogg immediately after this win, however, he became a viral sensation.

Unsurprisingly, this post-fight session with Snoop was an unforgettable experience for the 23-year prospect.

“I remember actually hearing Snoop was commentating,” he said on the latest episode of BJ Penn Radio, recounting how it all went down. “I remember telling my buddies, I think I even said on a few interviews, I said, ‘I want to make Snoop Dogg want to meet me.’ And, so after going back and watching it all, Snoop Dogg is going crazy and said, ‘I want to meed that kid, man.’ So that was pretty cool. After the fight I said, ‘Shout out to Snoop.’ He got all pumped. He sent one of his bodyguards to come down and get me. We went up and hung out for a little bit. And then after the show, after all five fights were done, after I talked to Dana and got my contract, we went out to his trailer and smoked. It was unreal. It felt like a movie at the time.”

“And I had to quit smoking [ahead of my fight],” O’Malley continued. “I hadn’t smoked for a couple of weeks until I had passed the test. So I hadn’t smoked, and I just got a contract, I just won my fight, now I’m smoking with Snoop Dogg. So I was extra stoned. I don’t know, it was fun. I haven’t talked to him since, though. Everyone always asks. I haven’t even talked to him since.”

O’Malley then recounted the conversations he had with Snoop Dogg post-fight. Apparently there actually wasn’t that much talking – just a lot of smoking.

“There was never not a time I didn’t have a joint in my mouth,” he said. “There was like, five of them going. Just passing them around. Everyone had one. We didn’t really talk, he was kind of listening to music and then my fight was replaying on all the TVs. I was kind of watching that because I hadn’t seen it yet.”

“I was eating some fucking snacks, hanging out.”

What do you think of this awesome story from Sean O’Malley?