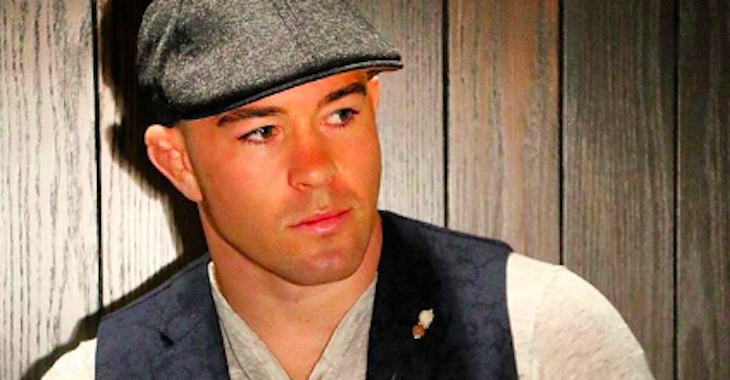 Last weekend, in the main event of UFC on Fox 26, former UFC lightweight champion Rafael dos Anjos authored a dominant, unanimous decision win over Robbie Lawler, asserting himself as one of the welterweight division’s top contenders in the process. This win seemed to impress the majority of the MMA community, but don’t count surging welterweight contender Colby Covington as part of that group.

“I thought RDA looked slow,” Covington said of Dos Anjos’ win on the latest episode of BJ Penn Radio. “He looked old, man. He looked like the same guy that I’ve been calling out since [the UFC’s June stop in] Singapore. They had to put him on my undercard when I was on the main card because he didn’t want to fight me, and he’s been ducking me for a while. He knows what’ll happen if we fight. He’ll get a young buck who hasn’t been tested, a guy who hasn’t had all those miles on his chin.”

Covington also found Lawler’s performance very underwhelming. In his opinion, the former welterweight champion is now a shell of his former self, thanks to the years of physical punishment he’s endured in the cage.

“Robbie Lawler, man, he’s old. He’s slow, man. His reflexes are shot. He’s taken the most hits to the head in UFC history, so he slowed down. The guy can’t move. He’s a sitting duck. I don’t think [Dos Anjos’] win is very impressive. [Lawler] is shot. He’s a former training partner of mine. I used to beat him up in the gym all the time, as it is, so I’d recommend Robbie Lawler retire because he looks bad out there. He probably wouldn’t win the amateur fight right now.”

Given that Colby Covington and Rafael dos Anjos are the two top contenders in the UFC welterweight division, it’s no surprise that there’s quite a bit of heat between them. Yet while Covington has repeatedly expressed interest in a fight with Brazilian talent, dos Anjos hasn’t reciprocated this interest.