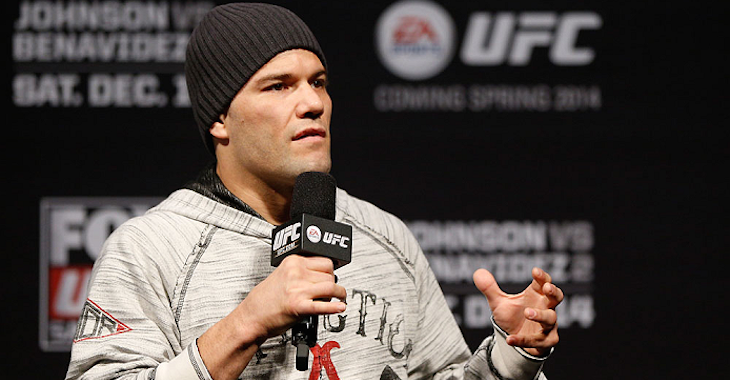 Former Strikeforce lightweight champion Josh Thomson was a recent guest on BJPENN.com’s Rapid Fire segment where he discussed a number of different topics including the potential lightweight title fight between Conor McGregor and Eddie Alvarez which is expected to headline UFC 205 in New York this November.

Thomson, who is the only fighter to score a TKO victory over Nate Diaz, doesn’t believe that the Irish superstar has earned his shot at the lightweight title, this after scoring a narrow majority decision victory over the Stockton Slugger. With that said, Thomson understands the UFC’s desire to put on the fight, as it has the potential to be very lucrative.

“They (the UFC) are just trying to make as much money off their cash cow as possible.” Josh stated.

When asked how a McGregor vs. Alvarez fight would go, the Bellator standout had this to say:

“The way Conor uses his range, we will have to see what happens. I mean Eddie tends to walk into punches. I think if Eddie can wrestle him down, the fights over. He (Eddie) will take advantage of him on the ground. If Eddie fights the same way he fought Pettis, there is a good chance he can beat Conor. I’ve never seen Conor come in to a fight looking in great shape. He looked good in his last fight, but Eddie fights with so much heart and determination. The kid is phenomenal. He is an animal man. You drop him, he fights harder. He gets up and fights hard. It’s proven that Conor can wilt man. He did against Nate the first time and you saw a bit of that when he fought Mendes. Chad fought him on short-notice and gassed. Eddie won’t gas, that kid has a never ending gas tank.” Do you agree with Thomson’s assessment of the potential Conor McGregor vs. Eddie Alvarez lightweight title fight? Sound off PENN Nation!