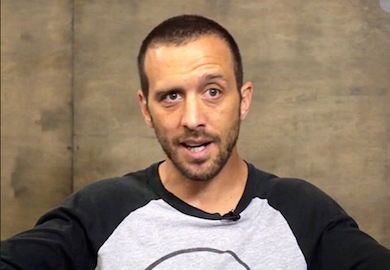 Famed MMA Boxing coach, Jason Parillo, has embarked on his first season of ‘The Ultimate Fighter, lending a hand on Team Penn. The first episode of season 19 showcased two head coaches, Penn and Edgar, that were able to get along and be cordial to each other. This was a big change considering that in almost all of the past seasons the coaches have had “heated rivalries”. That’s not to say that these guys don’t want to get in the cage with each and do everything they can to take the other guy out, but it’s a healthy respect that is often overshadowed by the feuding, hype filled fights. That being said, when Parillo was asked if it surprised him that they got along he said, “Not at all. They never did have a personal problem.” Parillo went on to explain that he also shares the respect that Penn has for Edgar and his coaching team, “I actually always have. Mark Henry (Edgar’s boxing coach) called me up after our first fight. [He] Was the most humble, kind man I’ve met in the game. I have nothing but respect for him and his guys.”

Parillo also gave his thoughts on the cast of fighters on this season of TUF. Overall, after not seeing every fight the first day, Parillo was still happy with the guys they got on their team, “Working 16 fights that day, doing the corner and warming guys up, I didn’t get to see every fight. I did know there where some lopsided fights. And some close ones,” Parillo said, “I didn’t know what some of the guys really had as far as skill. So I would have to judge it more on personality. And I thought all the dudes we got where good guys.”

Being a long time boxing coach, you might think that Parillo working in the corner of the fighters on that first day may have been as familiar as riding a bike. However, being on the TUF is a whole new experience, “I can’t really say it’s old hat, because this was actually my first experience on The Ultimate Fighter show.” He also commented on whether he felt any added pressure or not, “As far as pressure? The pressure was to try and give these guys the best advice I could have. For never knowing them a day of my life, and knowing this was the most important thing in their lives.”

As Parillo said before, this is his first time on the show, “Prior to this experience, I have only heard about the show from guys that have been on it. And that’s mostly the behind closed door things. As far as the coaching aspect I didn’t hear a whole lot of feedback going into it. But knowing I was going to be working with five other coaches that I have never known before, I figured playing it by feel was going to be best. You get too many strong personalities in one room with different ideas, [it] can turn into a shit show. My goal was just to help BJ out where ever we needed it.”