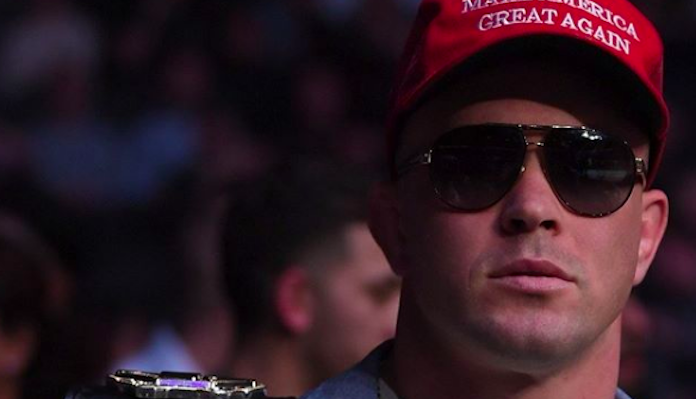 Colby Covington recently paid a visit to the men and women in uniform aboard the USS New York. He believes that other UFC stars like Jon Jones and Conor McGregor should take note, and make more of an effort to give back to their communities.

“What’s [Jon Jones] doing for the f**ing people as a champion of the UFC? What’s he out there going to do? He ain’t doing shit man,” Colby Covington said on BJPenn.com Radio. “He ain’t fucking giving back. He’s doing all this fake s**t. ‘Oh, I’m going to donate to kids.’ Oh yeah, is that another tax write off? Tell the people the real reason why you’re doing that. So, you can get tax exemptions for you, you motherf**ker. You’re not a real real champion like me. I’m spending my money as a UFC champion out of my pocket. I’m going up to fleet week in New York. I’m gonna go hang out with the Marines, hang out with the Navy for a full week, dedicate my time schedule, go bring them my UFC title, hang out with them, show my support. Show my appreciation for everything they do for affording the opportunities that we have, for serving our country. What the f**k has Jon Jones ever done for the people?”

“What’s Conor McGregor done? Smash the f**ing fans phone, threw a dolly through a bus. No. None of these motherf**kers are like me,” Colby Covington concluded. “I’m different from everybody. All these motherf**kers, they want to copy me now.”

What do you make of these comments from Colby Covington? Do you think Jon Jones and Conor McGregor should follow his example?