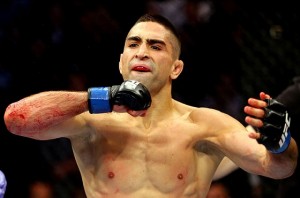 This week’s show is kicked off by a man set to fight Hacran Dias on June 28, 2014 at UFC Fight Night 44. Ricardo Lamas is preparing to get back into the cage and knowing Ricardo he is prepared to lay hands on his opponent. We will talk with Ricardo about the things that he took away from his shot at the title, where he took the champ the distance. We will discuss with him if anything will be a permanent change since that camp and how his game mentally and physically has changed since that time. During the Aldo camp Lamas received his Black Belt and we will of course discuss this journey with him and what it means to him as a martial artist. We will discuss the upcoming fight and how when Ricardo losses a fight he goes on a winning streak for quite some time. If we have time we will talk his thoughts on the Anthony Pettis vs. Aldo superfight. Follow Ricardo on Twitter @RicardoLamasMMA 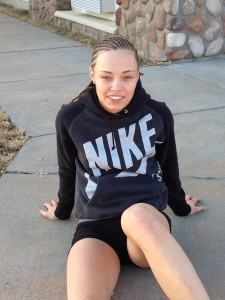 THUG LIFE!!! No not Tupac, I’m talking our next guest “Thug” Rose Namajunas. That’s right one of the biggest characters in the sport is joining us for 30 minutes to talk all things Women’s MMA. We will talk to Rose about getting started in the sport and training as a Martial Artist at a young age. Rose also wrestled her senior year in High School, so we will discuss if she feels that helped acclimate her to being a woman in a male dominated sport. We will talk to Rose about her start at Rofusport, and her path to where she is today. Rose is set to be one of the ladies competing on this next season of The Ultimate Fighter, so will talk how she found out about being a part of the show, her thoughts on the ladies that will be competing against her, and who she is looking forward to fighting the most. If we have time we will also talk her relationship with Pro Fighter Pat Barry and how they are the most colorful couple in MMA if not professional sports. Follow Rose on Twitter @rosenamajunas 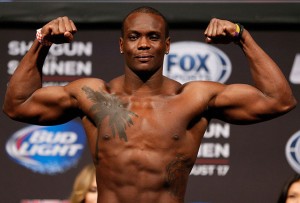 Closing out the show is a man who has no problem finishing fights. He has gone undefeated with 4 wins since being signed by the UFC, and Ovince St. Preux has no plans on changing that. We will talk to Ovince about of course his younger days as a football player in the state of Tennessee growing up and which one feels better; ear holing someone or getting the KO head kick. Ovince has no mercy when he steps in the cage as everyone saw at UFC 174 against Ryan Jimmo. We will discuss with Ovince where he gets that killer instinct that some fighters lack. Ovince is set to take on Ryan Badder August 16, 2014 at UFC Fight Night: Bader vs. St. Preux. We will discuss with Ovince his upcoming opponent, staying active and taking a fight two months after his last fight, and of course what it means to him to be headlining his first UFC. Follow Ovince on Twitter @003_OSP

Follow our Producer Doc Drew @FISTtaCUFF our Co-Host Denny “The Mad One” Hodge @_the_mad_1 and our Main Host Anton Skoro @FISTtaCUFFRadio. Tune in each and every Sunday for the only MMA Podcast that doesn’t pull punches.