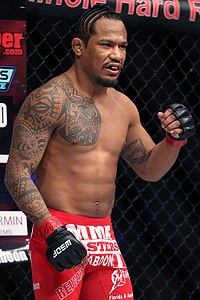 Kicking off the show is a man who is looking to keep the fireworks going July 5th. Luis Palomino is set to fight July 5th in his second fight with The WSOF. Luis is set to take on TJ O’Brien so we have to talk the fight. Luis has fought some vets in the sport. We will talk to him about his career, fighting guys like Crazyhorse, and of course how he got his start in the sport. We will discuss his last fight and we will talk his time with Bellator. Follow Luis on Twitter @luisbaboon 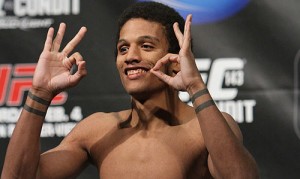 Our second guest is looking to add Uirjah Faber to his list of wins, and keep his 5 fight win streak going. Alex Caceres joins us to talk his upcoming bout against Faber and what it means for him to be at this point of his career. Alex has put together quite a nice win streak and we will talk with him about where he is in line for a title shot. We will discuss his change to the 135 lb. division and how he feels strength wise and of course who he thinks is his biggest competition in the division. Get ready for Bruce Leroy and follow him on Twitter @BruceLeeroyGlow 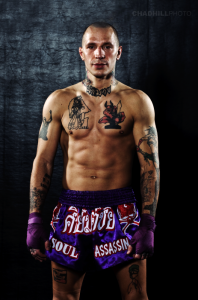 Kicking off hour two is a man who knows a thing or two about kicking. El Presidente is back and if you don’t know that’s Kevin Ross. Kevin is the guy that leaves it all in the ring after every fight and has no problem taking a shot to give you one back. We will talk to Kevin about his upcoming fight at Lion Fight 16 against Michael “Tomahawk” Thompson for the inaugural Lion Fight Welterweight Championship. We will talk Kevin about fighting for the belt, becoming a staple at Lion Fight events, and of course how he has become one of the most popular men in the sport. Kevin is always a great interview and lines will be open all show for anyone with questions. Make sure to follow Kevin on Twitter @dasoulassassin 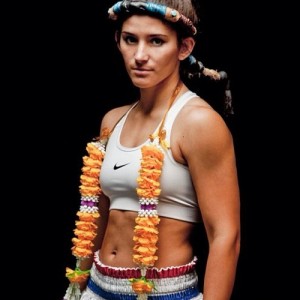 Ending the show is a woman who is no stranger to the show and no stranger to the bright lights of Vegas. Tiffany Van Soest is set to take on Sindy Huyer at Lion Fight 16 in Las Vegas on July 4, 2014 and it will be fireworks. Tiffany is one of the stars from Muay Thai pushing to make the sport mainstream with fight fan, when she is in the ring you wont be disappointed. We will talk to Tiffany about how life has been since the last time we had her on the show, how camp has been, and her goals for the rest of the year. Don’t miss Tiffany at Lion Fight 16, but before that catch her tonight on the show and on follow her on Twitter @TiffTimebomb