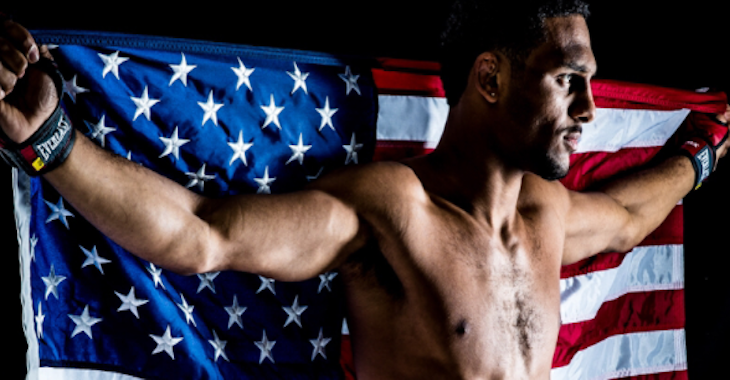 AJ McKee and James Gallagher are two of the hottest prospects on the Bellator roster and as luck would have it, they happen to compete in the same weight class and have some real issues with one another. Though Gallagher is currently scheduled for a stark test against Chinzo Machida at Bellator 180 on June 24, he and McKee seem to be destined to collide.

On the latest episode of BJ Penn Radio, McKee explained to host Kinch that he hopes to fight Gallagher, whether the Irishman wins or loses against Machida later this month.

“I want to fight Gallagher regardless of whether he wins or loses,” he said. “That little shit needs to be slapped in the mouth.”

McKee then recapped the cause of his beef with Gallagher:

“It’s not really a genuine dislike, it’s just a matter of respect,” he explained. “He’s a little disrespectful dude. At Anthony [Taylor’s] fight, when we were in Dublin, he was just feeling big, you know? He pushed Anthony, started his little conversation with Anthony and walked up to me and said ‘you’re next, pussy.’ And I said ‘remember those words, you’re going to regret them.’ That’s some disrespectful stuff. Then he ended up on national television calling me a pussy. I mean shit, where I grew up, you call me a pussy on the street, I’m going to clap you in the mouth right then and there. That’s just a man’s instinct, you know? That’s confrontation, you’re challenging a man’s manhood.”

Yet while McKee is eager to fight Gallagher, he does not believe the feeling is mutual.

Who do you think wins a fight between AJ McKee and James Gallagher?