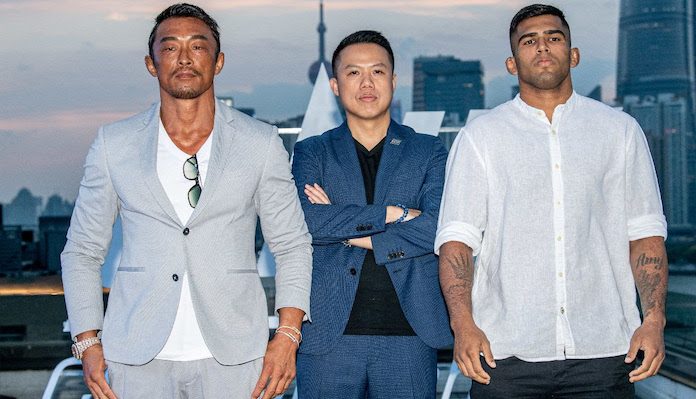 On Saturday, in the co-main event of ONE: Legendary Quest in Shanghai, China, Agilan Thani will look to spoil the ONE Championship debut of K-1 and UFC veteran Yoshihiro Akiyama — more widely known as “Sexyama.”

This massive fight was first offered to Thani in April, at the ONE Elite Retreat, on the sun-soaked beaches of Thailand. At first, he couldn’t believe what he was hearing, but of course he could not turn the opportunity down.

“I was surprised at first,” Thani told BJPenn.com from Shanghai. “I’m coming off two losses. It’s a little bit threatening as well because Akiyama is a big name, but at the same time I have to test myself. I’m not here for easy fights.”

As this challenge lies just around the corner, Thani says it has finally hit him that he’s about to fight the legendary Sexyama.

“It has hit me that I’m fighting a legend,” he said. “I’ve got to be ready for him. I can’t let the hype influence me.”

The Malaysian feels well prepared for the task, and his hoping to take care of business as quickly as possible.

“I’m just looking forward to going wherever the fight goes. If it’s standing, we’ll stand, if it goes to the ground, we’ll go to the ground. I have no specific way I’m planning on finishing it, but I’m looking to finish the fight as fast as I can.”

In Yoshihiro Akiyama, Agilan Thani will face a versatile and dangerous veteran who is capable of finishing from any position. Thani knows he must be incredibly wary of Akiyama’s skills in the ring — and of his sexiness.

“I have to be worried about everything, even his sexiness, bro,” he said. “You never know, he might just give me a look and I might faint on the spot.”

For Agilan Thani, this bout marks an opportunity to correct a two-fight losing streak. He’s eager to get back on track to prove to himself that he deserves to fight amongst the best in ONE Championship.

“I have no added pressure to win, I just want to prove to myself that I belong to be here and I want to perform my level best for myself and for my fans,” he said. “It would mean a lot for my career, coming off two losses. It would put me right back up there in title contention. It will be great to fight Akiyama. It’s a great experience.”

If all goes according to plan for Thani in Shanghai, he’s hoping he’ll be rewarded with another big fight so that he can continue his march back to ONE welterweight title contention.

“If I beat him, the next thing for me is probably another guy who will get me back up into title contention,” he said. “I’m definitely not there yet considering the division is a bit packed now. I need to rack up some wins to get back to the title.”

“It’s going to be crazy. I’m coming in for war. I’m going to give him a hard fight, and there’s no easy way out.”