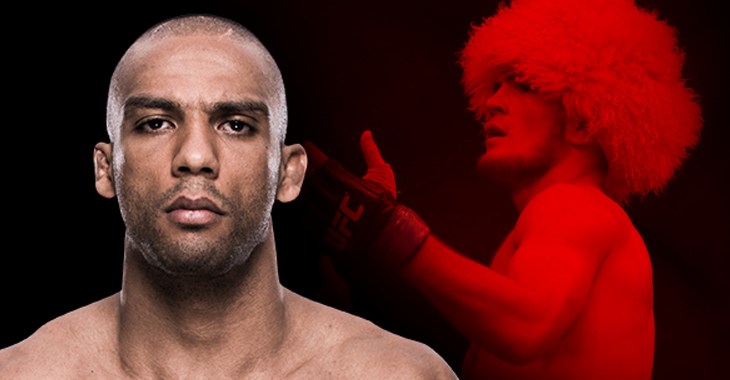 Whether you’re working in MMA media or just a fan, fights can be stressful. We always have our favorites and we all get invested. It’s easy to log on to Twitter and talk as much (or more) trash to ‘haters’ of the fighter we root for, spouting off encyclopedic facts or quality of opponents and skill clashes. Now imagine that you’re in a relationship with one of those fighters. Not just in any organization, but fighting in the co-main event sport for a UFC pay-per-view. Bruna Barboza, Edson Barboza’s wife, recently gave some candid insight into what that is like.

“[Edson Barboza]’s unbearable when he’s cutting weight [laughs]. Before we had [our son] Noah, I used to go with him to every fight. We flew on a Tuesday and he didn’t eat anything before the fight. We wouldn’t talk because he was unbearable. One day I ate a cereal bar and he said, ‘Why are you eating this in front of me? Are you trying to piss me off?’ Imagine if I was eating a brownie [laughs]. I can’t speak with him on fight week, not even a ‘hi’ or ‘good morning. I don’t watch the fight if I don’t go to the arena because I think it’s horrible. I don’t know what will happen, if he’s going to get hurt, and I won’t be there to help.”

“It doesn’t matter if he wins or loses, I just don’t want him to get hurt. I turn my phone and the TV off and play with Noah to distract myself. I always feel it, though. I always turn the TV or my phone on immediately after someone just sent me a text saying it was over and that he won. Last time in Brazil, I was at the hotel and turned the TV on right when he knocked out [Beneil Dariush]. […] When he loses, my God, I hope he fights again as soon as possible so he moves on, because he gets depressed. He’s not used [to losing], thank God. The [Donald] Cerrone loss was really tough, but the [Tony] Ferguson was the worst of all.” — Bruna Barboza speaking to Guilherme Cruz of MMA Fighting.

The pressure of your favorite fighter in the lead-up to the biggest fight of their career is huge, but it can’t be compared to their significant other. Edson Barboza has only lost three times in his 28 fights. Khabib Nurmagomedov will threaten to turn that into four. If the Brazilian highlight reel manages to get past the Russian smashing machine, he’ll be in contention for a title shot. But not matter if it is the highest high or the lowest low, he has the support of wife back at home.