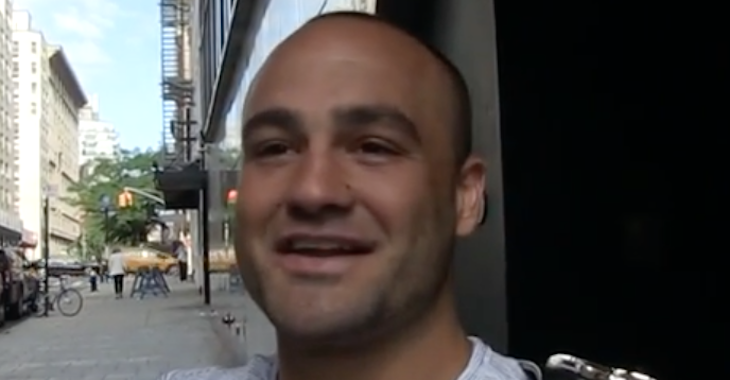 Back at UFC 218, the UFC’s unofficial ‘Most Violent’ title was on the line between Justin Gaethje and Eddie Alvarez and they tore the house down. It was brutal. It was bloody. It was nearly three whole rounds of nonstop destruction. Even Gaethje was happy with losing to Alvarez by knockout. It seems like the only person who didn’t seem to enjoy the fight between Gaethje and Alvarez was Khabib Nurmagomedov. He voiced his criticisms on the scrap and it didn’t take long for Alvarez himself to respond.

No wayyy @TeamKhabib called Me unprofessional… Ain’t that some shit . God bless You my man haven’t laughed this hard in a while 🤣🤣 Merry Christmas 🎄🎁

“[Justin Gaethje and Eddie Alvarez] fought like two alcoholics. Now [Alvarez] he thinks he’s back, but what [is he] going to do with his loss to Conor McGregor, which disgraced him for the rest of his life? How will he erase it? That loss can not be removed. When the cage closes, [Edson] Barboza and I will remain alone. The perfect conclusion will be, after the fight, we have spoken with UFC, if I win I will fight Tony in March or April.” — Khabib Nurmagomedov via an Instagram live video.

Clearly Eddie Alvarez must be referencing the weight cutting issues that Khabib Nurmagomedov has had in his recent fights. Something that resulted in cancellation of the highly anticipated fight with Tony Ferguson, as well as the reason it probably hasn’t been re-booked. While this is just talk, with a win at UFC 219 paired with Alvarez’s incredible recent performance, these two could eventually be on a collision course to settle their new beef in the Octagon.