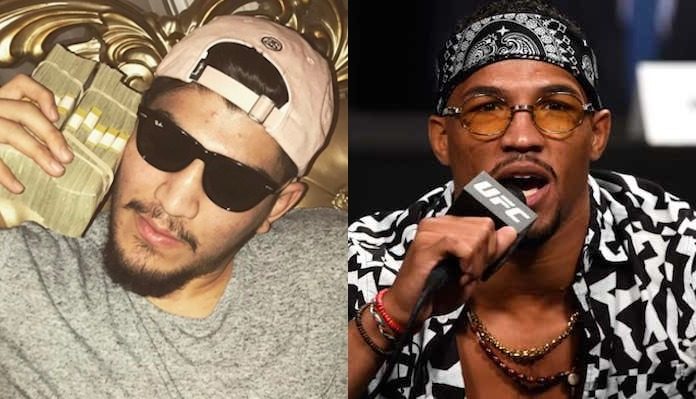 Instead, Danis hopes to meet Lee on the mats in a sub-only contest, and broadcast it on Instagram Live. He proposes they both put up $100,000 cash, and the winner takes it all.

Dillon Danis made his callout of Kevin Lee on Twitter.

“Say when,” he said bluntly.

Dillon Danis’ callout of Kevin Lee stems from some comments Lee made on a recent appearance on Ariel Helwani’s MMA Show. On the show, Lee claims to have grappled with Danis in the past. He says he essentially had his way with the Conor McGregor training partner on the mat. Or that he was “tricking off him, hitting reverse triangles and all that.”

“Yeah, we rolled together a few times,” Lee said of Danis (via SportsJoe). “Ask him. Ask him. You ask him. Tell Conor [McGregor] to ask him and see if he give you the real of how he feel about me or what happened between us because I know Conor kind of look up to Dillon a little bit. Think he hot shit, he’s all this black belt and all this. Ask him what the real is and see if he tell you the truth.”

Do you want to see Kevin Lee and Dillon Danis grapple? Who do you think wins?