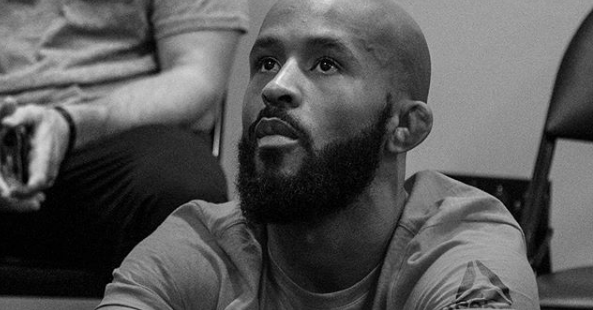 Every time Demetrious Johnson’s name has come up since his record-breaking performance, it has been paired with TJ Dillashaw. It seemed like negotiations were getting close, but he has recently dismissed the talk. We’ve known that the main speed bump was money, but it looks like there is another thing standing in the way. While things get figured out, Demetrious Johnson is going to be pulling a Tyron Woodley and repair himself from his demanding fight schedule. He goes in to have shoulder surgery today, which makes a return and the potential superfight between him and Dillashaw completely up in the air.

“That’s the plan, this year two fights. There comes a point in time, I was looking at my Wikipedia page and there were times where I fought four times in one year, I defended the belt three times in one year, got surgery between those title defenses. I think it’s safe to say that my goal is to get two title defenses this year and we will go from there. I’ll try to stay healthy and we will see then. […] You see champions all the time, they get the belt, then they go on a two-fight win streak and lose it. To be able to defend the belt from 2012 to 2017 and hopefully defend two more times in 2018, it’s extremely freaking hard.” — Demetrious Johnson speaking on The MMA Hour.

As Demetrious Johnson has said earlier this month, he already planned on only fighting two times this year. While the information wasn’t revealed until the day of his surgery, Johnson probably already and had the surgery planned this day last week. While this isn’t the final nail in the coffin of the highly hyped superfight with UFC bantamweight champ TJ Dillashaw, but it does give another reason to postpone it even more. We wish a speedy recovery to ‘Mighty Mouse’ and have our fingers crossed that this huge scrap happens.