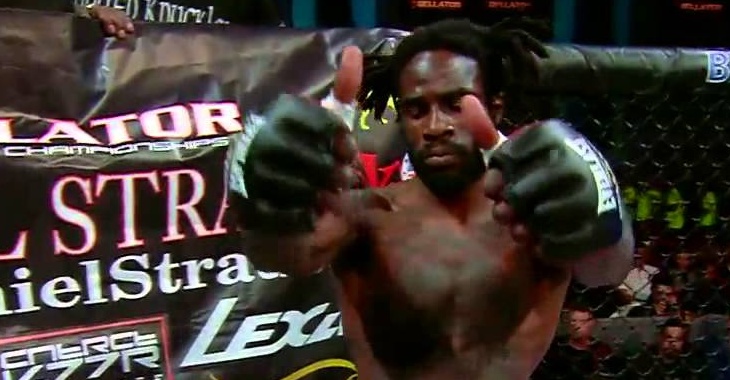 In case you were unaware, former Bellator Featherweight champion, Daniel Straus suffered a very bad motorcycle accident last month. At the time we knew very little about the extent of the injuries to Straus, we just knew that they were bad. All we knew according to Straus’ manager Matt Aptaker was that Straus had complete movement of his arms and legs and was awake and could speak. “It’s just too early to tell,” Aptaker said when discussing the accident. Also according to Aptaker, Straus had no memory of the accident even happening.

Straus himself ended up releasing this statement after the event took place:

“On early Sunday morning, I was involved in a motorcycle accident. I’m currently recovering and will hopefully be returning to the Bellator cage sometime soon. I appreciate all the well wishes and ask that people respect my family’s privacy during this difficult time.”

But now we have news! Things appear to be going much better than expected according to how the doctors thought they would and after the fact that the accident was “near-fatal”. Straus took to Instagram to let the fans know what was going on:

2 days after the doc tells you, you “might” not walk again 🖕🏾 #FuckYouBuddy #TheShowJustStarted #Blessed
(Thank you everyone for your support, prayers, and love) #TeamStraus #2018

Clearly, this is very good news as we can see that Straus can indeed walk unlike how doctors feared he may not be able to again. We at BJPenn.com continue to wish Straus a speedy recovery!