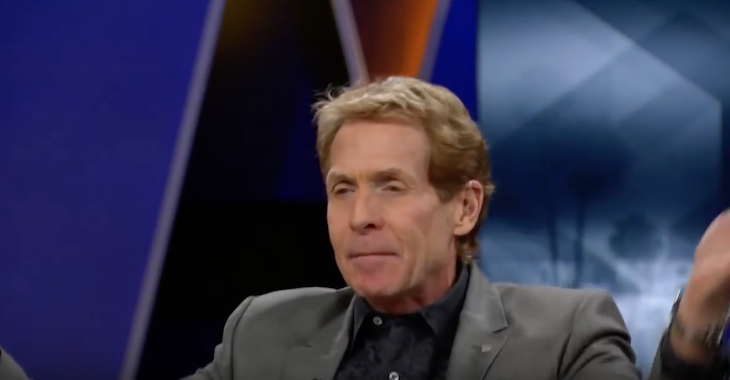 Conflicting reports have continued to emerge regarding the status of a potential Conor McGregor vs. Floyd Mayweather superfight, with UFC President Dana White, and undefeated prizefighter Floyd Mayweather denying reports of a nearly being finalized. Given this, fight fans have been left to wonder if a fight between McGregor & Mayweather will ever materialize.

This week, Dana White stated in an interview that he now believed a fight between Mayweather and McGregor would happen, however according to Fox Sports’ Skip Bayless, White was merely calling Mayweather’s bluff. They’re going to hold his feet to the fire. They’re going to put the bus back on Floyd to come to the bargaining table – because right now, Floyd’s really just jabbing and running, jabbing and running. Because he wants the public to believe he’s all but screaming for a fight while on the table is an insulting offer to Conor McGregor, and in turn, to UFC that no way Conor or UFC will agree to take.

So, my gut feeling, bottom line is I still doubt that Floyd May-or-may- not-weather will accept the terms of any fight, because Floyd is not going to dare to risk his 49-0 legacy against the baddest man on the planet who’s what… 13 years younger?”

“The point is that Floyd wants the public to believe that he wants this fight, but all he’ll do is continue to make excuses. ‘He wants too much money! I’m the A-side and he’s the B-side..’

No you’re not, Floyd. Baloney you’re the A-side. Conor McGregor is the biggest global draw in either boxing of UFC. You can put them together. He’s bigger than any boxer, including the 40-year-old Floyd May-or-may-not-weather.

Expect word back from White or Mayweather shortly.