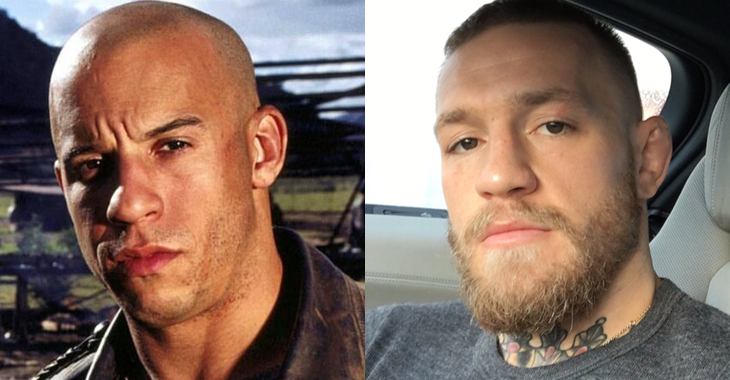 Going into the rematch against Nate Diaz, Conor McGregor chose to put his fighting career ahead of starring on the big screen.

“I wanted to have an English accent in the movie,” Diesel said on the Brazilian TV show Giro Combate (transcribed by Guilherme Cruz of MMA Fighting). “I had created a role for Conor McGregor and after he lost to Nate Diaz, he had to go to a dark place, he had to go get his manhood back to fight the second time, so he wasn’t able to do this film at the time.”

“But I needed that accent, I wanted this English accent to be speckled in the movie. But I also wanted someone that could do fight sequences. A lot of the UFC guys do great fight sequences in movies. You saw when I put Gina Carano in 6, and Ronda Rousey in 7. I had great experiences when putting UFC fighters in the movie, so I wanted someone that had that English accent, they talk like this, and I got Michael Bisping to come and do that.”

Conor McGregor went on to win the rematch against Nate Diaz in one of the most entertaining fights of the year. McGregor and Diaz went at it for all five rounds at UFC 202 with “The Notorious” picking up a majority decision putting the two UFC stars at one win each from their two contests.