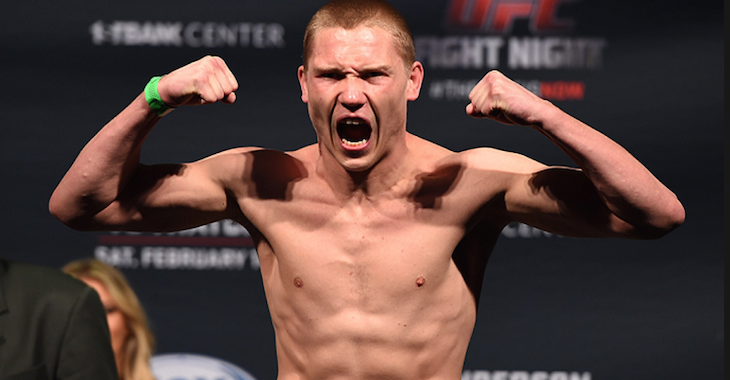 Cody Pfister, who competed four times in the UFC lightweight division, has found himself in some hot water.

According to BloodyElbow.com, the UFC veteran was arrested on July 15, and detained in the Potter County Detention Center in Amarillo, Texas after being charged with assault and causing bodily injury to a family member. Pfister’s arrest stemmed from an incident that occurred on June 5.

Not long after his arrest, the UFC veteran paid bail of $5,000, and was released from the detention center. Having been released, Pfister is then reported to have attended the debut event of “Fist Fight Night,” an MMA promotion he co-owns with a business partner named Dustin Swaim. This fight night occurred inside the Azteca Music Hall in Amarillo, Texas.

Pfister’s four-fight run in the UFC was not especially successful. In his debut with the promotion, he was choked by James Moontasri in the second round. He then rebounded with a decision defeat of Yosdenis Cedeno, but was subsequently defeated by “Super” Sage Northcutt and Scott Holtzman, by submission and decision respectively. These two losses prompted the UFC to release him from his contract.

From there, Pfister signed with Bellator MMA, where he authored a first-round submission of Jonathan Gary in his promotional debut. Despite this strong start with the world’s second-biggest MMA promotion, he elected to hang up the gloves post-fight. He retired an overall record of 13-6-1.

Are you surprised to learn of Cody Pfister’s troubles outside the cage?