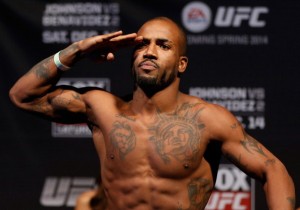 We might as well kick the show off with a firecracker… I don’t know if you get a bigger bang then Bobby Green, and he’s our first guest. Bobby was set to take on Abel Trujillo, but has now been slated to take on Josh “The Punk” Thomson. We will talk to the King about his change in opponents, getting a huge opportunity like this, and how the whole switch came about. We will talk to Bobby about his beef with Abel, his no back down attitude, and of course life in general. Bobby is always a great guest and one that fits the show, cause he doesn’t pull punches either. We will talk to Bobby about his 3-0 record inside the UFC, Octagon jitters, and his career up to this point. Bobby always has a story or two and I don’t think this time will be any different, before all that get over to twitter and follow Bobby @BobbyKGreen 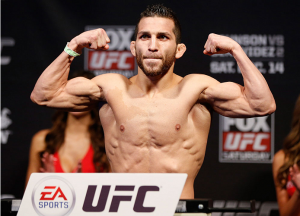 “The Turkish Delight” is back on the show and ready to talk his upcoming bout. Alptekin Ozkilic is kicking off the show and ready for his third fight inside The Octagon. We will talk to Alp about his upcoming bout, at UFC Fight Night: Cerrone vs. Miller on July 16th against John Lineker. We will get Alps thoughts on his opponent’s fighting style, weight issues, and how this fight came about… We will also talk with Alp about his rib injury and what process it takes to come back and make sure that a fighter is truly at their best. Tune in as we have a lot to discuss with Alp, but make sure to get over to Twitter and follow him @alpozkilicmma. 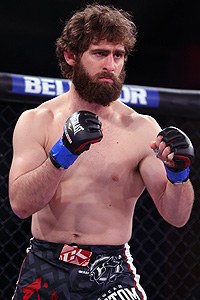 Our next guest is a man who is no stranger to the Bellator Cage or Tournament. Brett “Fudoshin” Cooper is back on the show and set to take on Brandon Halsey in the Season 10 Finals. We will talk with Brett about his 10 plus fights under the Bellator name, being a constant stable inside of the Bellator Tournament, his thoughts on the tournament possibly going away, and so much more. We have to discuss with Brett his current opponent and his thoughts on how the fight will go, his awesome come back victory over Kendall Grove, and his thoughts on the new direction that Bellator is heading. Brett has seen the ups and downs of the promotion and I’m curious to see how he feels about how things went down with the promotion. We will also talk his training at Reign and being surrounded with some of the best in the sport. Get over to Twitter and follow Brett @BrettCoopermma. 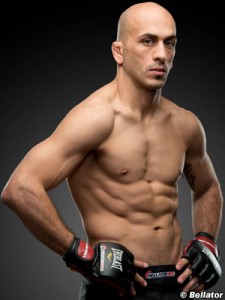 Saad Awad is closing down the show and ready to step back into the Bellator Cage, July 25th and he’s welcoming back a man who he hasn’t had a chance to fight since 2011. Saad Awad is back and we’re ready to talk his upcoming match against Joe Duarte. We will talk to him about getting the shot at the rematch 3 years later and if it makes it any different as he gets to welcome back Duarte after a 2 year layoff. We will talk to Saad about the current situation of Bellator, his goals for the rest of the year, and how he sees this fight going down this time around. If we have extra time we will talk to Saad about his lifestyle and being a vegetarian fighter and his thoughts on the current situation in Palestine. Get over to Twitter and follow Saad @SaadMMA