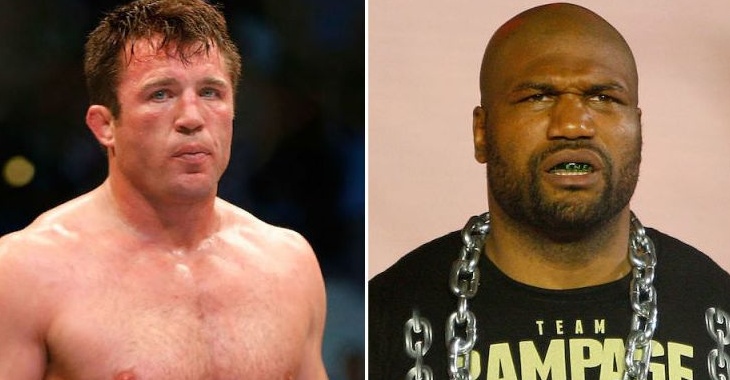 Everyone was expecting that the highly anticipated welterweight title fight between Rory MacDonald and the champion, Douglas Lima was going to headline their big January 20th show. I mean, the welterweights are even highlighted on the poster as if they are the main event. But just a week before, Bellator has made the change to swap the co-main with the main making the first fight of the Bellator Heavyweight Grand Prix between UFC veteran middleweight and light heavyweight, Chael Sonnen and former UFC champ, Quinton “Rampage” Jackson. TheSportingNews’ Steven Muehlhausen confirmed the change via Bellator president, Scott Coker.

Can confirm via @BellatorMMA President Scott Coker, the main event of #Bellator192 will be Chael Sonnen vs Rampage Jackson with Douglas Lima vs Rory MacDonald WW Title Fight as the co-headliner. #MMA @sonnench

Can confirm via @BellatorMMA President Scott Coker, the main event of #Bellator192 will be Chael Sonnen vs Rampage Jackson with Douglas Lima vs Rory MacDonald WW Title Fight as the co-headliner. #MMA @sonnench

Many have voiced their opinions that Lima vs MacDonald is the greatest matchup in Bellator history which is why this change may come as such a surprise. It’s also quite a hard opinion to argue against. MacDonald is will be making his sophomore appearance inside the Bellator cage after running through one of their biggest stars in Paul “Semtex” Daley. Lima is a two time champion at 170 lbs for Bellator and after his last win over the hot free agent, Lorenz Larkin, Lima continues to show how skilled he truly is.

Do you agree with the decision to make Rampage vs Sonnen the main event over Lima vs MacDonald?