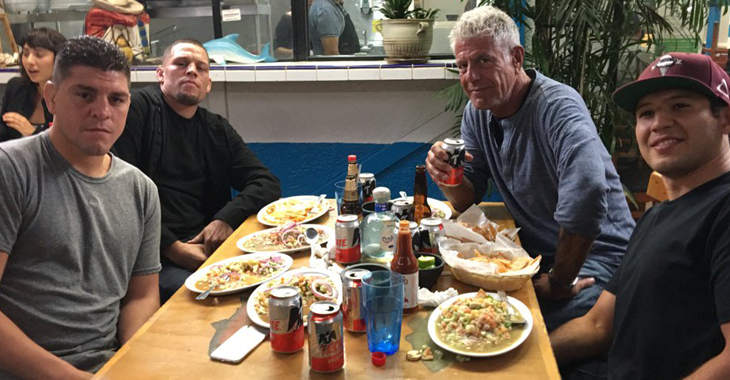 The Travel Channel’s interesting host, Anthony Bourdain is a very intriguing individual that people tend to gravitate toward. The chef, author, and tv host has a deep affection for food, travel, and if you didn’t know, an inspiring passion for Brazilian jiu-jitsu.

According to his bio on The Travel Channel, “Anthony Bourdain is best known for his culinary and cultural knowledge, as well as his often biting observations of the world’s most exotic dishes as host of No Reservations.” The bio also adds, “Bourdain is not your typical celebrity chef. He is the Chef-at-large at New York’s famed bistro, Les Halles, and is also an accomplished author, having written three crime novels, a cookbook, and several bestsellers.” 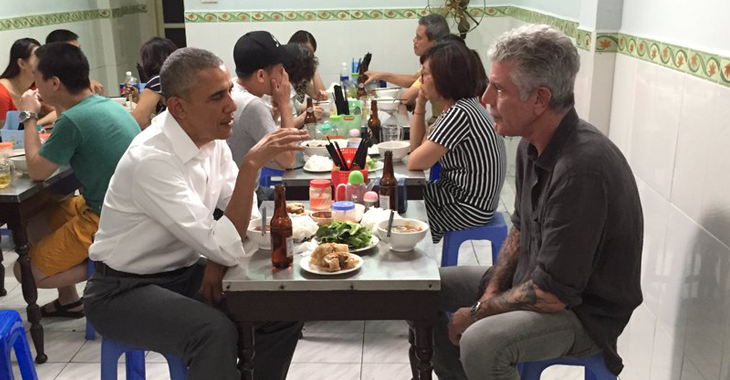 In a recent “Ask Me Anything” (AMA) thread on Reddit, Bourdain was asked about going back on the “Joe Rogan Experience” and doing some training with the UFC commentator. Redditor AllHolesFilled asked Bourdain, “Any chance of Rogan being on an episode that has some sort of BJJ segment or theme?”

Bourdain replied with, as usual, an interesting take on the question and his relationship with Rogan. Bourdain answered, “No. I’m not rolling with that guy, it hurts. He does not roll light, he goes really really hard. He’s a neck cranker, by the way, and he’s got bowling balls for arms, no visible neck, and he only rolls with no gi. So as much as I love the guy, I’ll do anything with him; shoot animals in the brain, canoe trip, hot tubbing, whatever. But I’m not rolling with the guy.” 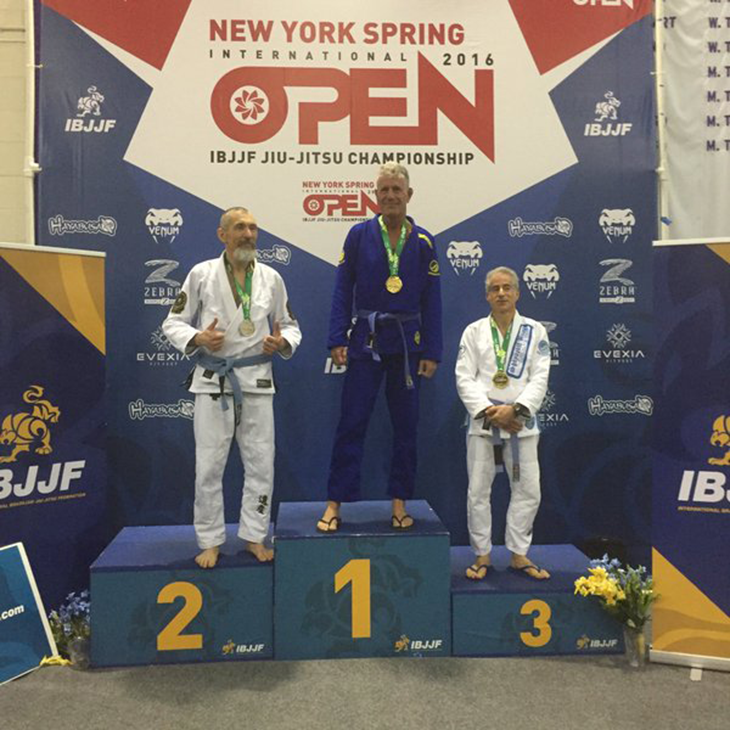 If you aren’t familiar with Rogan’s martial arts background, the stand-up comedian not only talks the talk when doing commentary for the UFC, but he surely can walk the walk as well. Rogan is a well-versed martial artist that holds a black belt in taekwondo and Brazilian jiu-jitsu.

Redditor Grinfacked also asked about going back on Rogan’s podcast. “When will you be on Joe Rogan’s podcast again? It’s been too long and I’m starting to itch,” said the redditor.

Bourdain answered with another nod to Rogan’s physical strength. “Soon I hope! It’s always a lot of fun to hang out with Joe,” Bourdain said. “I like him very much, I like his podcast. But I will tell you that if Joe Rogan ever wants to demonstrate a choke on you, don’t let that happen. He’s like, really really really strong, and yeah. Just, it hurts. A lot.”

Hopefully, we’ll be able to catch Anthony Bourdain and Joe Rogan on another episode of the “Joe Rogan Experience” in the near future. However, Bourdain isn’t holding any reservations for Rogan on the mat anytime soon.