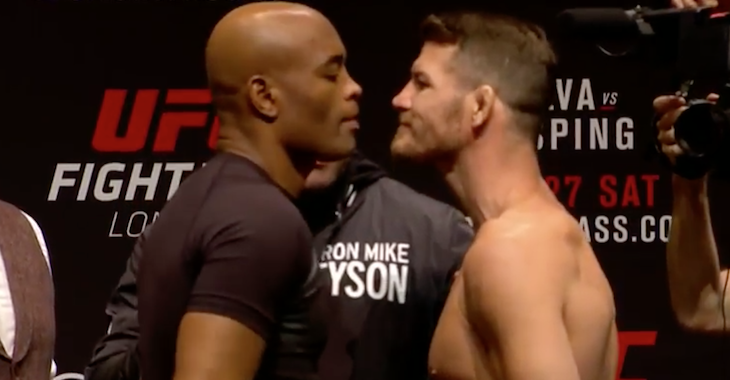 The UFC Fight Night 84 main event fight between Anderson Silva and Michael Bisping may have ended with a bit of controversy. But that didn’t stop the two mixed martial arts combatants from embracing in a true moment of sportsmanship backstage, as seen in the above photo.