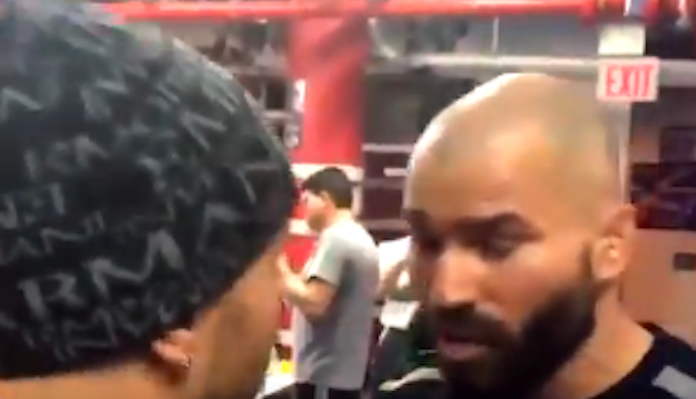 With no major mixed martial arts event this weekend, things were supposed to be nice and calm in the world of combat sports this week. That all changed when Paulie Malignaggi and Artem Lobov met in New York City during a media day for the latter’s Bare Knuckle Fighting Championship bout this weekend, all hell broke loose.

The altercation started off strictly verbal, with both men exchanging words. As the distance decreased between both men, Malignaggi slapped Lobov across the face.

The two fighters were separated, but not before more pleasantries were exchanged.

MMA Twitter is a very opinionated place, with interesting people, personalities, and takes.

Here are some of the notable Twitter reactions to the Paulie Malignaggi vs. Artem Lobov incident:

Artem Lovov (13-15-1 MMA) is scheduled to square off with fellow UFC veteran Jason Knight in his BKFC debut later this month.

As for Paulie Malignaggi (36-8 boxing), the “Magic Man” signed with BKFC early last month. The former boxing champion has not competed since March of 2017.

What was your reaction to today’s scuffle between Paulie Malignaggi and Artem Lobov? Sound off in the comments section Penn Nation!