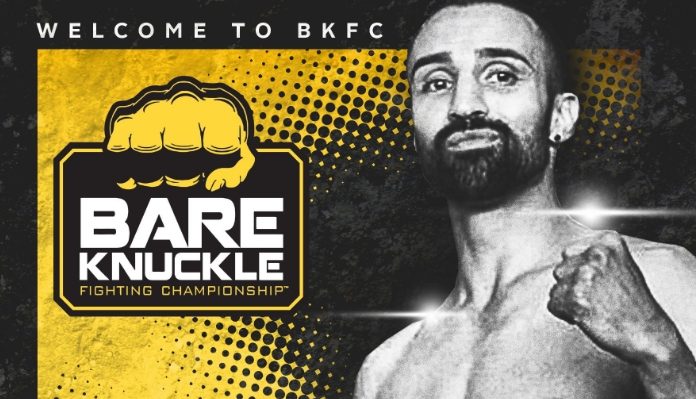 Mayweather would end up getting the better of the MMA star over the course of the 10 round cross-sport spectacle as he earned his first TKO victory in six years.

During this time, McGregor obviously immersed himself as deeply into the boxing world as he could which led to him training and sparring with former boxing champions. One of which was Paulie Malignaggi.

The now 38-year old Malignaggi has thrown verbal jabs at McGregor in back and forth banter ever since McGregor revealed the video footage of them sparring which Malignaggi believes unfairly depicted McGregor getting the better of him.

Just earlier today it was announced that the retired boxer turned analyst would be making a comeback as he is the latest acquisition for the Bare Knuckle Fighting Championship (BKFC).

In wake of the signing, Malignaggi called out McGregor.

“Conor the coward @TheNotoriousMMA with rounds I’m sure even YOU can’t quit at this! Time to settle it.l @bareknucklefc” Malignaggi tweeted.

For the Irishman, he is currently suspended until April due to his involvement in the post-fight brawl at UFC 229 when he lost to Khabib Nurmagomedov via fourth-round submission (neck crank).

Malignaggi, on the other hand, hasn’t fought since March 2017 when he suffered an eighth-round knockout loss to Sam Eggington. Malignaggi has a 36-8 overall record in boxing.

It’s pretty unlikely that we would see McGregor go and fight in BKFC with all things considered, but if one thing is possible it’s a match-up between Malignaggi and McGregor’s longtime friend and training partner, Artem Lobov who recently signed with the promotion as well.

Lobov is set to make his bare-knuckle debut on April 6 at BKFC 6 against fellow former UFC featherweight, Jason ‘The Kid’ Knight.