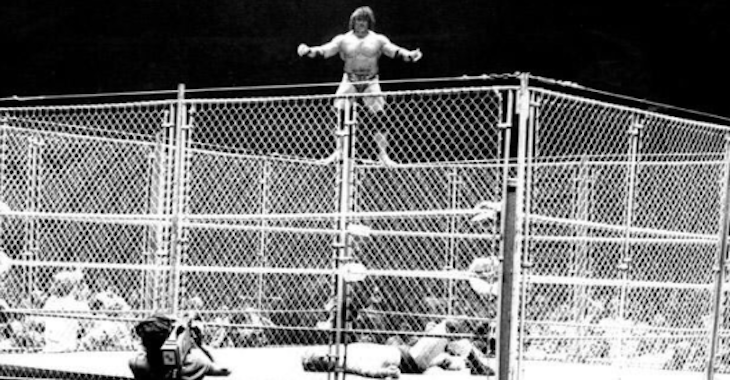 The pro wrestling world has experienced a tremendous loss, as pro wrestling trailblazer Jimmy “Superfly” Snuka has passed away. The legendary wrestler was 73 years old.

News of Superfly’s passing was announced by current WWE star and actor Dwayne “the Rock” Johnson. Johnson made this announcement on on behalf of Superfly’s daughter Tamina Snuka (born Sarona Moana-Marie Polamalu), who is also a pro wrestler. He did so on Twitter, and later followed up with a more lengthy post on Facebook. See The Rock’s announcement of Superfly’s death, and his reflection on his illustrious life below.

Our family @TaminaSnuka asked me to share the sad news that her dad Jimmy Snuka has just passed away. Alofa atu i le aiga atoa. #RIPSuperfly

“I grew up with this man as our families lived together in Hawaii and North Carolina,” The Rock said of Superfly at the end of his Facebook post. “His children Jimmy Jr, Liana, Sarona and Ata all idolized him, as did I. Awesome memories. To the world, he was known as the iconic Jimmy “Superfly” Snuka but to me he was and will always be, simply… uncle.”

Superfly will be remembered for his high-flying pro wrestling arsenal, perhaps best exemplified by a 1983 showing when he climbed to the top of the cage in Madison Square Garden, and plummeted down onto Don Muraco. The Fijan pro wrestling pioneer was also the first WrestleMania opponent of The Undertaker, which marked the beginning of The Undertaker’s legendary WrestleMania streak. Superfly was inducted into the WWE Hall of Fame in 1996.