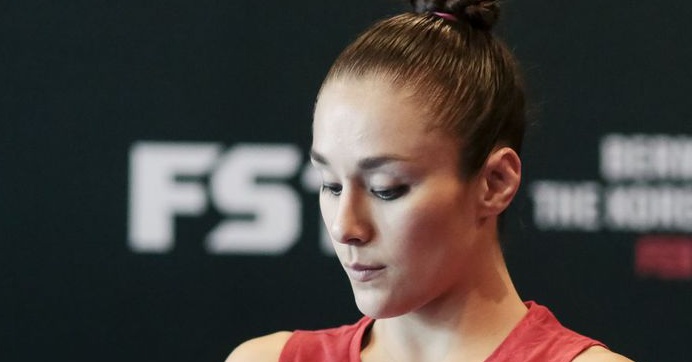 It is official. The UFC is headed back down to South America. But no, it won’t be for a Brazil event this time but for their very first in the country of Chile. UFC Fight Night 129 will take place on May 19 in the capital of Santiago.

And along with the announcement came five fights!

Take a look at the first four bouts announced for #UFCChile 🇨🇱 on May 19. pic.twitter.com/oI3iAV67b4

Three of those being among the ladies. First we have a big prospect matchup between strawweights, Alexa Grasso and The Ultimate Fighter season 23 winner, Tatiana Suarez. Secondly a bout between the Invicta FC standout and former LFA flyweight champion, Andrea Lee as she takes on Veronica Macedo who will be dropping down from the bantamweight division. And lastly, a second strawweight bout between Poliana Botelho and Syuri Kondo.

The highest-profile fight of these three would be Grasso vs Suarez who both have plenty of hype behind them since making their ways to the UFC. Both only have one loss between each other and it belongs to the 10-1, twenty-four year old, Grasso(Suarez is 5-0).

In the flyweight bout, we will see Andrea Lee finally making her UFC debut. She was originally supposed to do so back at UFC 216 against Kalindra Faria but prior to her signing she failed a drug test therefore by USADA rule, athletes who enter the UFC with failed tests on their record must be in the testing pool for six months prior to their first fight.

For Macedo, this will be her 125-pound debut. In the past, she was rather adamant about not wanting to cut weight. But this was prior to the UFC’s addition of the flyweight division…so clearly, her mind has now changed.

The two other fights of the five are exciting styles clashes as we get Vicente Luque taking on Chad Laprise in a welterweight affair then Diego Rivas vs Guido Canneti at 135-pounds. Luque and Laprise are both two of the 170-pound division’s many great rising talents.

On top of all of this, there are reports floating around that the possible headliner for the event could be none other than…Santiago Ponzinibbio! How fitting, right? Potential opponents appear to possibly be Donald “Cowboy” Cerrone. Nothing is yet to be confirmed. But that is definitely a fun fight to make.

I can confirm that the UFC is actively working to get Santiago Ponzinibbio to headline this card. #UFCChile https://t.co/f0bVfZVdGe

I can confirm that the UFC is actively working to get santiago ponzinibbio to headline this card. #UFCchile

This fight [Grasso vs Suarez] might be the co-main event. UFC is working with Ponzinibbio to headline that card, probably against a Cowboy, don’t @ me.

What are your thoughts on the event so far?